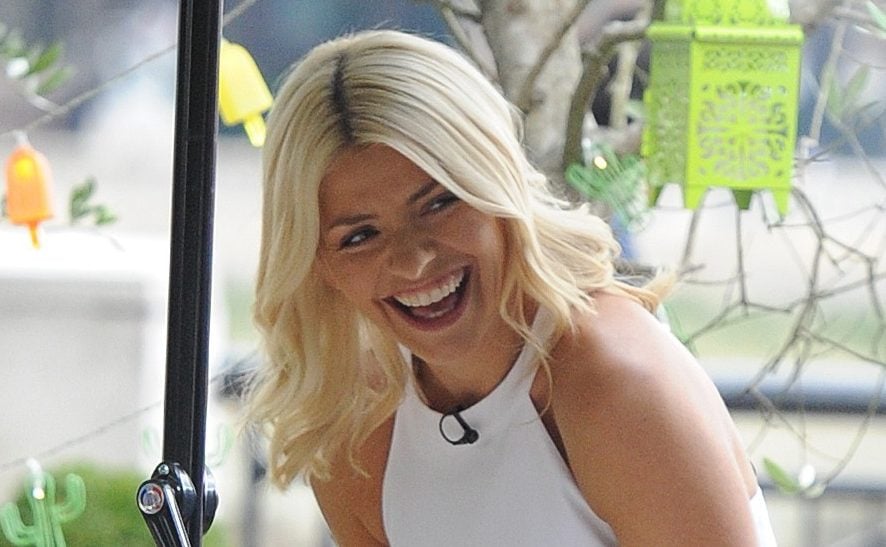 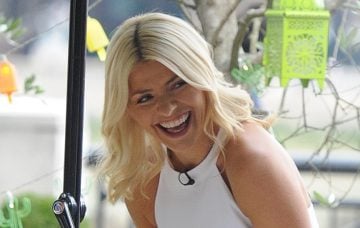 While most of us are now back at work following the festive break, lucky Holly Willoughby is still on holiday.

And, just to make us even more envious, she’s escaped the rainy shores of the UK for sun-soaked luxury in the Caribbean.

Holly, 36, is currently over in Barbados with husband Dan Baldwin and children Harry, eight, Belle, six, and three-year-old Chester.

Fans of the This Morning star will know Holly prefers to keep her kids away from the spotlight.

But, despite her fierce privacy, the telly favourite couldn’t resist uploading an adorable shot of herself and Chester playing by the pool.

The sweet snap showed mummy and son raising their hands in the air while perched by the side of a blue infinity pool in the sunshine.

Naturally, fans rushed to shower Holly with compliments on the cute family moment, her golden tan and her beach body.

Others, meanwhile, were DESPERATE to know just where Holly snapped up her simple but oh-so-chic blue and white striped swimsuit.

Apparently, Holly’s exact number is from swimswear brand Beach Flamingo and is priced at a whopping £155! 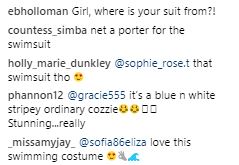 And even if you did have the cash to splash, sadly the Ice Stripe Anne Marie one piece is out of stock.

Darn Holly making everything so popular!

The star jetted over to the Caribbean after Christmas to enjoy some quality time with her family before everyone heads back to work or school.

It’s the family’s second holiday of the festive season, after they went skiing with Dragon’s Den star Peter Jones and his family just before Christmas.

So we’re expecting Holly to return to This Morning next week suitably refreshed and relaxed!

Of course, first up for the star will be Dancing On Ice’s big return on Sunday night.

She’s back to co-host the revamped show alongside This Morning colleague and BFF Phillip Schofield.

Dancing On Ice originally ran from 2006 until 2014 with Holly and Phil hosting the first six series together, and Phil being joined by Christine Lampard for the latter three series.

Read more: Dancing On Ice star feared she would be AXED from show

Holly said recently: “There have been rumours the show was coming back for a couple of years and I was asked if I’d be interested if it were and obviously it was that bite your hand off kind of thing!

“Now it is, everyone does feel it is the right time to bring back DOI.”