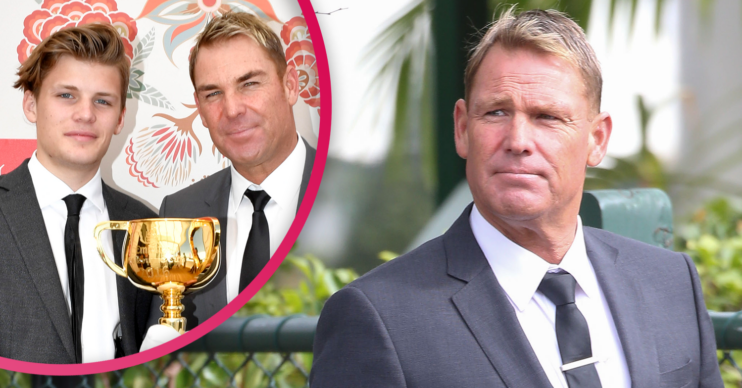 The cricketer died of a suspected heart attack in Thailand

Following the death of Shane Warne, the cricketer’s son has stepped up to make a solemn vow.

And it’s son Jackson who is now said to have impressed friends of the late sportsman with his “resilience”.

The sporting legend died on March 4 in Thailand.

The death was sudden and reportedly due to a huge heart attack.

Friends and paramedics tried to revive the cricketer, but he was sadly pronounced dead when he arrived at the local hospital.

What has Shane’s son said?

Shane’s kids have paid tribute to their dad on social media.

In fact, after Jackson’s tribute, Shane’s ex-fiancée Liz Hurley sent her best wishes to the family.

She also posted her own tribute to her lost love.

Now a friend of Shane’s has revealed Jackson’s solemn vow in the wake of his dad’s tragic and untimely death.

He has reportedly vowed to look after his family following the sudden death of his father.

Australian boxing champion Jeff Fenech, who was Warne’s close friend, said he has been speaking with Jackson in the wake of his dad’s death.

And he said he was touched by his resilience.

Jeff told the Herald Sun: “To hear him talk, the maturity of him and the way he spoke, he told me he was now going to look after their family, just as his dad would have.”

He added: “He has taken the reins of that family and what a beautiful young person he is.”

The boxer added that he was “blessed” to have had the cricketer in his life.