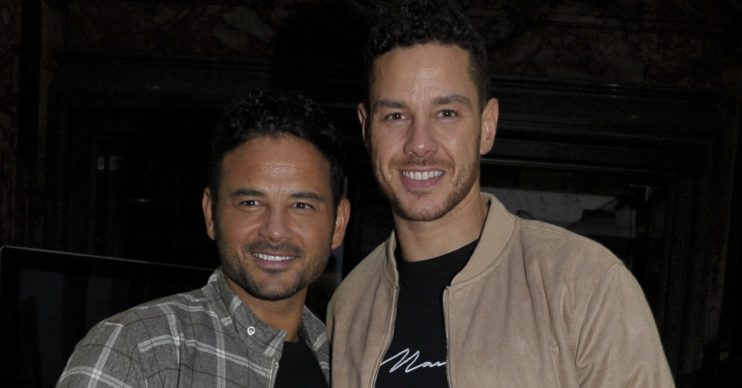 He called him "more than a big bro"

Reality star Scott Thomas had his social media followers in bits with a “gorgeous” birthday tribute to his brother Ryan.

And on Instagram, his younger sibling and fellow Mancs In Mumbai star Scott thanked him for being “so much more” than a big brother.

What did Scott say?

Alongside a snap of himself with his arm around Ryan, Scott wrote: “What you’ve done for me and Adam will never be taken for granted.

“You’ve always had our back and put us first. So much more than just a big bro…

“Happy birthday @ryanthomas84. Love you more than you could ever know.”

Scott’s words had fans in bits. One follower tagged another user alongside a crying-face emoji.

The other user replied: “[Be right back], crying.”

Another commented with weeping and heart-eyes emojis.

Someone else put: “This is so emosh. Beautiful. Happy birthday to your big bro xx.”

This is so emosh.

“What a true gentleman,” wrote another. “Stepping up when your dad wasn’t around for a little while, to make sure you both had the best chances in life there possibly was. Now look at you all, absolutely smashing it! You all should be so proud! Happy birthday, Ryan!”

The six-part programme, which concluded earlier this month, saw the Thomas brothers head off on a journey of discovery with their dad, Dougie, to find out more about their Indian heritage.

On the show, Ryan talked about the emotional impact of their dad leaving them when they were younger.

Dougie left the family for several years after splitting with the brothers’ mum. That left Ryan – the eldest of the three – to take on a fatherly role for his siblings, who even gave him the nickname ‘dad’.

At one point in Mancs In Mumbai, the four of them spoke with a family therapist and Ryan broke down in tears.