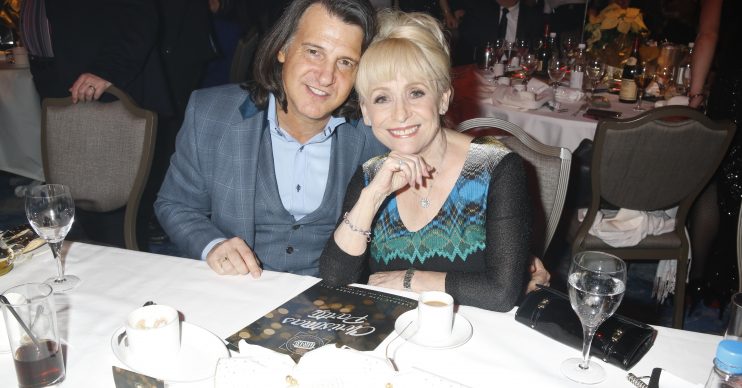 Barbara was diagnosed with Alzheimer's disease in 2014

Scott Mitchell has said he feels guilty about leaving his wife Dame Barbara Windsor, who has Alzheimer’s disease, on her own.

Speaking to Metro.co.uk at Best Hero Awards in London he said: “I think as a carer you learn to adapt to a different way of life, that’s what you do.

“I do have carers who come in, which means I can go and do my work and I can do whatever I need to do – whether that’s going for lunch, go and meet friends for a coffee, go and do some shopping.”

He added: It’s essential for people caring for someone to get that little bit of respite.

“I found that very difficult to do at first. I felt very guilty about it, I felt like I shouldn’t be leaving her.”

I felt very guilty about it, I felt like I shouldn’t be leaving her.

Earlier this month Christopher Biggins gave an update on Barbara’s condition on The Jeremy Vine Show.

Christopher, 70, said that he visited Barbara a couple of weeks ago.

He told Jeremy that her condition is “up and down”.

He then went onto say that Barbara was beginning to repeat questions.

“She must ask me 100 times where are you living now and ‘what is it that you’re doing?’

“She recognises me, it’s just catching up with the new stuff.”

Last year, Scott revealed the former EastEnders star had been diagnosed with Alzheimer’s disease in 2014.

Read More: Duchess Kate glitters in green as she arrives for night out with William in a rickshaw