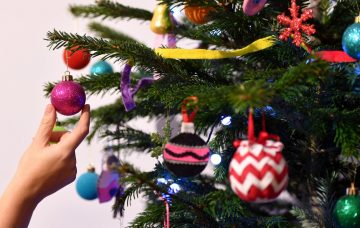 Lady Lumley’s School has had a change of heart

A school that threatened to “ban” Christmas amid fears that the festival’s true message has been “lost and buried under an avalanche of commercialisation” has been persuaded not to by pupils.

Students at Lady Lumley’s School in Pickering, North Yorkshire, were challenged to write to their RE teacher, Chris Paul, and explain why festive activities should not be banned this year.

Mrs Paul had suggested that Christmas should be a time of “good will to all”, but instead can be “a very stressful, expensive, argumentative and lonely time”.

After receiving more than 500 emails and letters on the subject, the school announced on Tuesday that it had “brought back Christmas”.

In a letter to parents, headteacher Richard Bramley said: “Those students who really thought about the situation and challenged the decision appropriately created the change and brought back Christmas.”

He said that students had been asked to challenge the status quo and consider: “Why should we do things just because we have always done them?”

Mr Bramley added: “The exercise allowed us to consider the use and misuse of social media, how to present our challenge to the local and national media, and how not expressing views in an appropriate way meant you were not listened to.

“We were able to link this to political and social change in society and how apathy allows people to do things you may not want.”

Lady Lumley’s is a secondary school and sixth form with more than 850 pupils.

Do you think the right decision has been made? Leave us a comment on our Facebook page @EntertainmentDailyFix and let us know what you think!