Tonight’s episode of Emmerdale caused a storm among the soap’s fans on social media, after it aired a scene which featured a character farting during a yoga session!

The odd scene, which showed Priya completing a downward dog in the Sharma’s front room before breaking wind loudly, left fans on Twitter more than a little amused.

Priya then went on to giggle to herself loudly before wafting the smell away, as Gerry and Jai walked in on her shameful act.

Needless to say it was the most talked about moment of the episode among fans online, who reacted with a mixture of amusement and horror that the Sharma beauty would find her own flatulence quite so amusing. 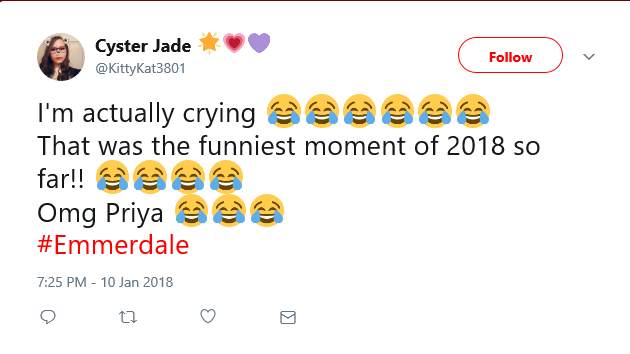 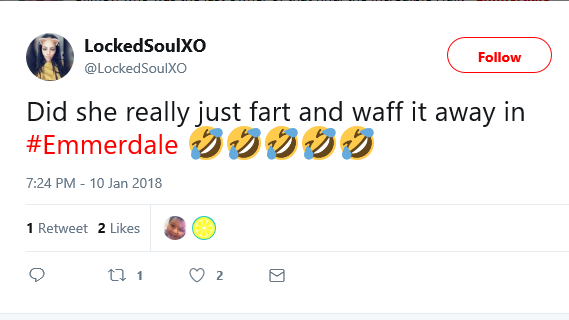 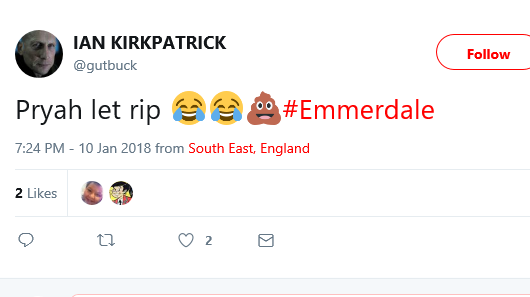 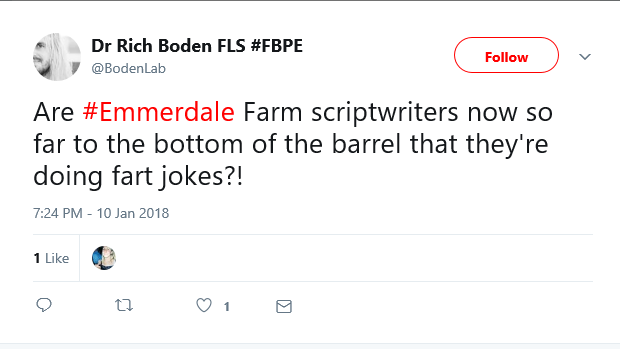 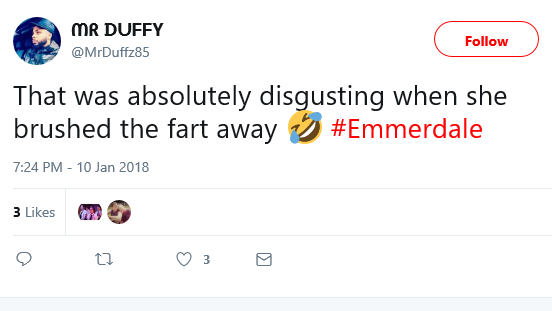 The shocking moment came less than a week after viewers were left horrified by Charity’s despicable act of going to the toilet in Joe Tate’s front room, when she and daughter Debbie trashed his house in revenge against his evil deeds. 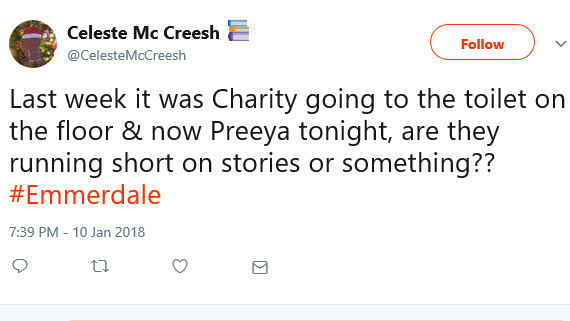 It seems viewers are less than impressed with Emmerdale’s current brand of toilet humour.

Read more: Strictly’s Shirley Ballas once deemed ‘unfit’ to be a judge