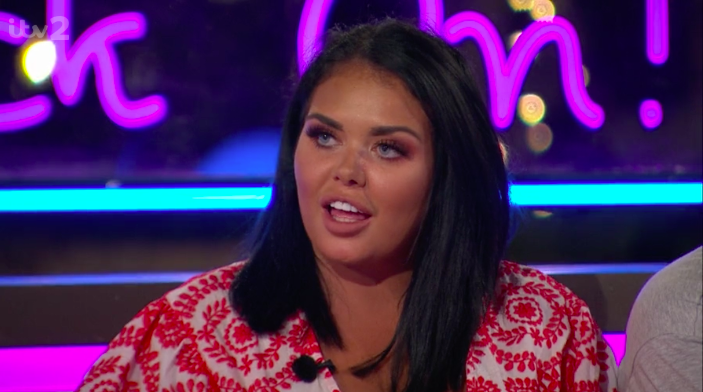 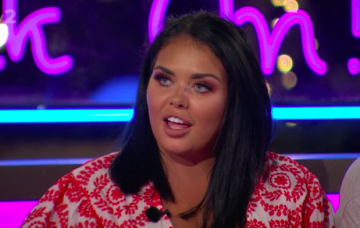 This could be awkward...

The reality TV world is a small one and Scarlett Moffatt is likely to come face-to-face with Love Island star Megan Barton Hanson at some point.

So she may yet come to regret these words.

The Saturday Night Takeaway presenter appeared on Sunday night’s Aftersun – the Love Island spin-off hosted by Caroline Flack – and admitted she didn’t like the blonde star.

The former Gogglebox star looked uncomfortable before eventually admitting the pair are her “least favourite” couple.

Caroline asked her why and Scarlett replied: “Do you know what it is, right? I’ve come across girls before where they’ve said they’ve got no friends who are girls and you can never trust them.”

The audience – which included the likes of Laura Crane and Jack Fowler, who were in the villa alongside Meghan – seemed shocked by her comment, collectively responding with an, “Ooooh!”

Thankfully, fellow guests, comedian Russell Kane and Made In Chelsea’s Jamie Laing were there to smooth over the awkward moment.

It wasn’t just the I’m a Celeb winner’s opinion on Meghan that proved controversial after her Aftersun appearance.

Scarlett returned home to a barrage of nasty comments from online trolls, who had attacked her appearance on the live show.

She hit back in a series of emotional tweets on Sunday night.

Speaking to her 659k followers, Scarlett, 27, wrote: “I’m honestly ashamed of some people on here. Hard to pretend I’m ok and be a good role model to others about how it’s ok to just [be] you, when the comments from grown adults on here have resulted in me crying my eyes out! I hope you’re very proud of yourselves.”

The star continued: “No wonder the amount of people including myself with social anxiety is increasing. Feel like I can’t even film tv shows without hating the way that I look after – from constantly being attacked because of my size and my appearance!”

Scarlett, who has a 12-year-old sister, added: “Feel like I need to speak out for others!! This is not fair this needs to stop!! Please to the people out there who aren’t loving themselves right now please don’t let other people stop you from doing what you love. Real beauty shines from within ❤.

“I wanted and felt like I had to write that tweet to let you know at the end of the day I’m a 27 year old girl with feelings & a family who get upset also when they see vile comments about my appearance. Something needs to change within our society!!”

Scarlett is never shy of sharing her opinion. And Meghan certainly has divided viewers during her time on Love Island… but what do YOU think?

Do you agree with Scarlett about Meghan? Leave us a comment on our Facebook page @EntertainmentDailyFix and let us know what you think.