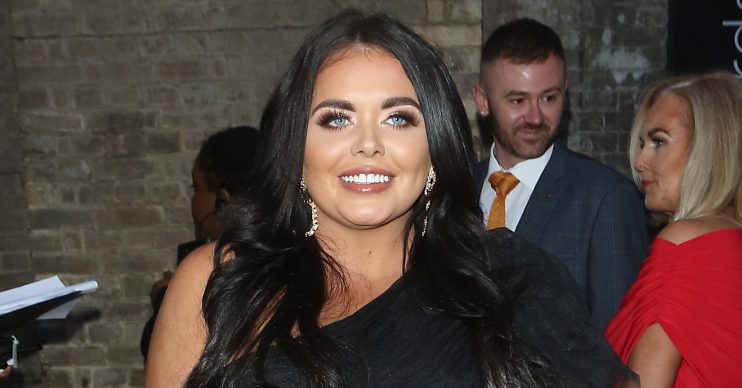 If you haven't got anything nice to say…

Former Gogglebox star Scarlett Moffatt has revealed that hate mail calling her “fat” and saying she has a “pork-chop mouth” has been sent to her home.

Uploading a picture of the note to Instagram, Scarlett first took to her Stories to laugh off its contents.

However, she returned to the platform to tell her followers that she was actually really upset by the vile piece of post.

“So I was going to just pretend that I wasn’t bothered, but I think it’s important that I show you that I actually am,” said a clearly emotional Scarlett.

“I’ve had quite a hard couple of weeks in terms of press and not nice comments on my Instagram and I feel like the letter – as funny as it is that someone’s gone out of their way to send a letter – it has actually bothered me quite a bit,” she said.

Read more: Duchess Kate is trying to patch things up with Meghan “in private”

“Like wow, you actually feel that strongly about how I look you’ve sat down and wrote a letter.”

Scarlett revealed that the reason she was posting the videos was “so that you can see that you just need to be kind”.

I feel like sometimes with Instagram and people on telly you sort of think we’re not real life people, but we actually are and we have feelings.

The fact someone’s sent me a letter as they feel so strongly about my weight is ridiculous. Turns out I’m not even safe from vile comments in the comfort of my own home. I WILL NOT let bullies like this get me down. I just wish they’d left me a reply address and I would have sent them some local charity details and clubs near them so they could occupy there time as they seem to have so much of it by helping others. Let’s just be kind to people as we don’t know what’s going on in their lives ❤️ #bekind

She added: “I feel like sometimes with Instagram and people on telly you sort of think we’re not real-life people, but we actually are and we have feelings.”

Revealing that she had been “inundated with lovely messages”, the star told her followers: “I can’t thank you enough because I needed those.”

She also told her fans of her plans for the rest of the day.

Scarlett said: “So I’m going to spend the day doing what I love, which is spending it with my boyfriend and eating carbs and watching fun stuff on the telly.”

Ending her emotional message, she said: “I just need you all to be a little kinder because you just don’t know what’s going on in people’s lives, so let’s make a little pledge to spread joy.”

She added: “And if you haven’t got anything nice to say, just don’t voice it. The world would be a little bit easier if that was the case.”

Scarlett recently moved in with her boyfriend Scott Dobinson.