This is not a drill people!

She may have only just been given the I’m A Celebrity crown, but Scarlett Moffatt is already busy making HUGE plans for her future with boyfriend Luke Crodden.

The Gogglebox beauty has revealed she has babies on her mind – and she’s even decided on her favourite name.

We are losing our minds at the prospect of a teeny tiny Scarlett!

Luke added: “She wants to call our little girl Aurora!”

How adorable is that!

Scarlett explained the name choice: “Like the Northern Lights… and because it’s the name of the Princess out of Sleeping Beauty.”

It’s not just babies the pair are planning, they’ve also been discussing what they want their big day to be like.

Luke revealed: “We like the idea of getting married in the woods.” 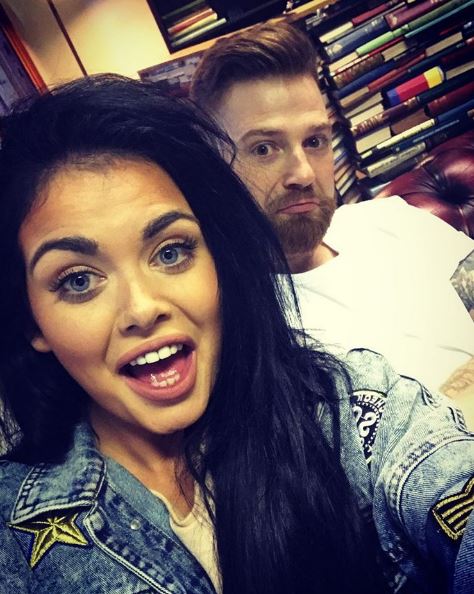 To which Scar added: “I like the idea of there being lots of fairy lights and I’d definitely like to be outside.”

It sounds so perfect!

Luke previously explained how the jungle show has changed his girlfriend of two years.

He said: “Absolutely [she’s changed] It’s fantastic! She sent us a message the second she got back saying she needs to stop doubting herself.

“It was great because I’m part boyfriend, part counsellor. I’m her motivational speaker. Like, ‘You can do this!’”

So, anyway, Scar, should we be expecting an invitation to this wedding?!