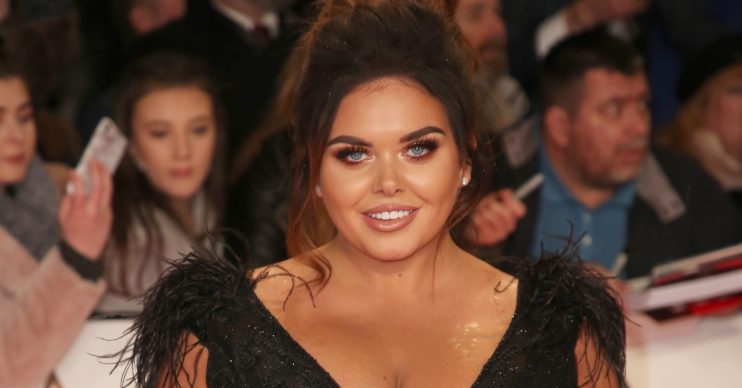 She's urging other women to have their smear tests

TV favourite Scarlett Moffatt has revealed a cancer scare she had after getting abnormal smear test results.

The I’m A Celebrity star, 29, shared a series of videos to her Instagram Stories on Thursday as she told fans about her experience.

Scarlett revealed something was “detected” during her last smear test and she had to go for a biopsy.

I feel super naughty being out on a school night. Feel 18 again (I should be at home arranging my scatter cushions and sitting watching the soaps with a nice candle on for ambience 🤣) Thank you @greatlengthsuk for my fabulous new hair & @jofoxhair for fitting it. Thanks @tanondemand_kg for my spray tan And this is not an ad but thanks @thebotanistuk for fabulous service #outout #newcastle #love #gifted

She said: “This is quite a personal Instagram story. I was debating whether to put it up. Last month, I posted about the fact that I got my letter from my smear and how important it is to go for smears.

“It’s two minutes of discomfort for something that can potentially save your life.

“I went for my smear and something came back. They detected something. Lots of people have to go for biopsies and again I worked myself up about it, but I still went.

“It was four minutes of discomfort for something that as a little bit uncomfortable, but I went because it could save my life.

“The sooner they pick it up, it’s easier to manage, I get my results back in a couple of days.”

“But it is so important. Imagine if I kept leaving it and leaving it. Things can be done if it’s detected so  early on.

Scarlett later revealed she was left in tears after seeing messages from fans who said they booked their smear tests after watching her videos.

She said: “Well I wasn’t expecting to cry tonight. Some people are going to book their smear in tomorrow has made me so happy.

“I really enjoy social media but sometimes I talk about getting trolls and abuse from them.

“But this is one of the really good things about social media that we’re able to encourage people as fellow human beings to do what is right. Thank you for the messages.”

Can you relate to Scarlett’s comments? Leave us a comment on our Facebook page @EntertainmentDailyFix and let us know.