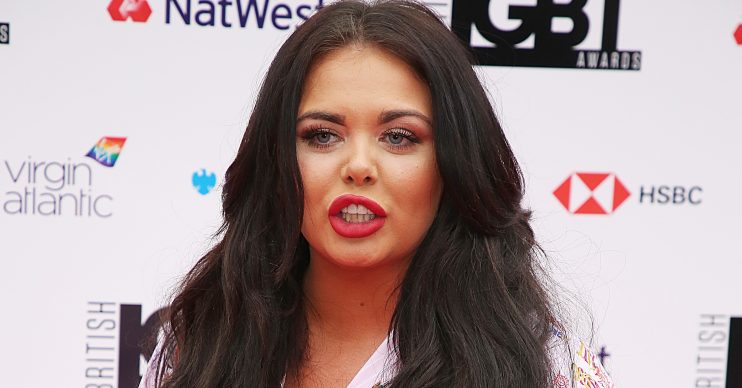 According to new rules, social gatherings above six are now banned

Scarlett Moffatt has revealed her anxiety is “so bad” after being forced to cancel her 30th birthday following new government rules.

The presenter was left with no other choice but to cancel her upcoming plans after it was revealed gatherings above six are now banned.

Taking to Instagram, Scarlett told her two million followers she felt “crap” as she urged those struggling not to feel ashamed.

What did Scarlett Moffatt say?

She confessed: “My anxiety is so bad now because of this news. Anyone else feel like living in another country for a year.”

In a separate post Scarlett revealed her birthday had been ruined, raging: “Wish coronavirus would [bleep] OFF NOW.”

I can’t lie to you all, I’ve never felt so crap in my life.

But the TV star didn’t end there, and later took to her Instagram Stories to vent some more.

Scarlett went on: “I know I like to spread positivity. But I can’t lie to you all, I’ve never felt so crap in my life.

“Boris announcement has seriously knocked me. Hope you’re all OK.

“And to those those who are feeling like me and are struggling. Don’t feel ashamed about it. What’s happening is strange and crap. It’s a natural reaction.”

She added: “Also side note – the fact all my 30th birthday plans have been cancelled means I can stay 29 for another year?”

Scarlett is set to hit the milestone age next month.

What are the new COVID restrictions?

As of Monday (September 14), it will be illegal for groups of more than six to meet in England.

Bar a few exceptions, those breaking the rules will be eligible for a cash fine.

Secretary of State for Health Matt Hancock said today on BBC Radio 4 that there is no known end date to the new rule.

He added that the six limit rule could easily still be in place come Christmas time.

It certainly isn’t the first time Scarlett has opened up on her ongoing struggles.

The star previously revealed her anxiety began soon after she first starred in Gogglebox in 2014, resulting in terrifying panic attacks.

Speaking to The Mirror, she explained: “It became a daily struggle. I would get to my front door, cry, then go back and try to pump myself up again.

“Sometimes I got out the door after nine or 10 goes. Sometimes I stayed inside all day.”