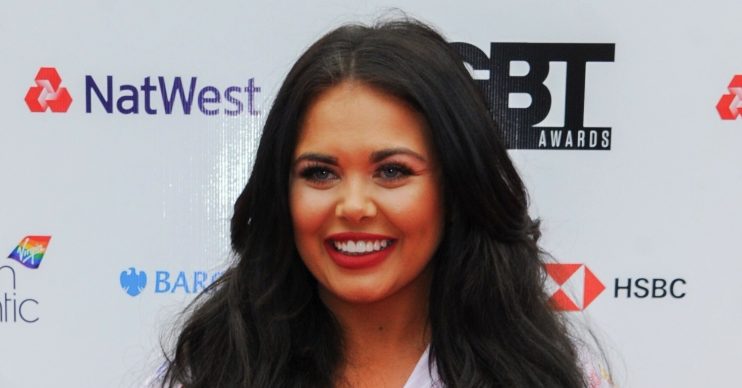 What a way to celebrate her 29th birthday!

TV personality Scarlett Moffatt turned 29 this week, and it sounds like she’s celebrating the occasion in style.

According to the Mirror Online, the Gogglebox favourite has moved in with her policeman boyfriend Scott Dobinson.

And by the sound of things, the couple are loving every minute of it.

Admittedly when I first started dating Scott I was waiting for something to go wrong, I was waiting for the arguments, for him to mess up, to cheat, to message girls, to feel used or like I wasn’t good enough for him. Because that’s what I had been used to for so many years of my life. It’s actually hard when you then start dating somebody who is a gentleman and does none of those things (I know you’d think it would be the easiest thing in the world). But it’s hard for your brain and heart to get your head around the fact that you can trust again. Please never give up on finding love, no matter what your past has been like. And remember that there are good eggs out there I promise. Happy first holiday in the sun Scott (also he will hate that I’ve posted this as he likes to stay incognito ha) ❤️ #love #boyfriend #holiday

Two years after she was reportedly dumped by her hairdresser boyfriend Luke Crodden on her 27th birthday, Scarlett has found happiness again with police officer Scott.

And if anyone was in any doubt about their commitment to each other, this news will put paid to that.

Speaking about having moved in together, she told the website: “It’s only happened in the last few weeks. It’s so new, we are still laughing and smiling about it.”

The couple have been enjoying a romantic holiday in Venice this week, with Scarlett sharing a bunch of pictures with her Instagram followers.

In one, she gushed about Scott and how he’s made her feel over the past year.

Alongside a picture of him enjoying a meal at a restaurant, she wrote: “To the man with the kindest eyes, heart and soul. Thank you for a year to remember.

To the man with the kindest eyes, heart & soul. Thank you for a year to remember. I keep getting asked is Scott the one, but I daren’t respond in fear that I jinx it. Thank you for making me laugh, for making me a better person & for working hard always as a police officer. I wish the police service and all of our emergency service workers got more credit you all bloody deserve it ❤️ #love #boyfriend

“I keep getting asked is Scott the one, but I daren’t respond in fear that I jinx it.

“I wish the police service and all of our emergency service workers got more credit. You all deserve it. #love #boyfriend.”

And Scarlett’s fans responded warmly to the sentiment, with one telling her: “You seem to be the loveliest person and so deserve to be so happy. Good luck to you sweetheart.”

Following her split with Crodden, Scarlett admitted that the pair had fallen into the “friends zone” after she won I’m A Celebrity in 2016.

We hope for her sake that this one lasts the distance.