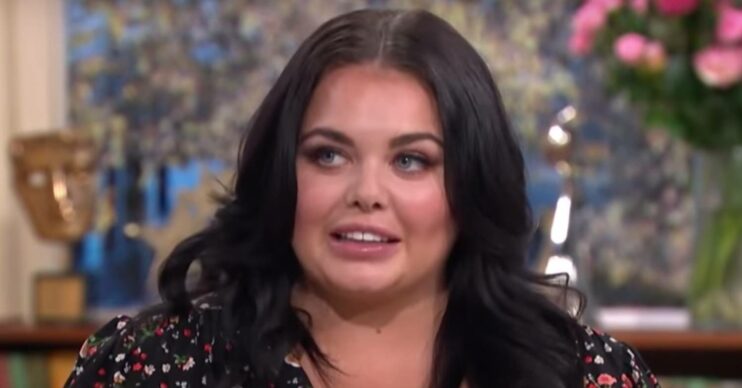 Set in after her dad fell ill

Scarlett Moffatt has opened up about a childhood condition she can still suffer the effects of now as an adult.

The 31-year-old former Gogglebox star is set to front a documentary for Channel 4 concerning Tourette’s.

She believes the pandemic is linked to an increase in tics, due to anxiety, affecting young people.

And the ex Queen of the Jungle on I’m A Celebrity hopes she can help, having endured Bell’s palsy herself.

Telly fave Scarlett told The Sun how she was struck down with the condition for several months when she was 11.

Scarlett’s tics included continual blinking and problems breathing. Her mouth also drooped on one side and she had problems closing her right eye.

Read more: Scarlett Moffatt on why her weight loss DVD was ‘biggest regret’

The issues appeared during a very stressful period in her life.

She recalled: “When I was 11, I went through a really bad time. I hate talking about it as I don’t want people to think: ‘Oh, woe is me.’ But a car ploughed into me and smashed all my teeth. That was awful. I had no front teeth.”

Scarlett went on: “I was already being bullied and that gave them another reason to pick on me. It was awful. I’d never want to make anyone feel that way, so it’s probably made me a nicer person as I overcompensate, as I know how it feels to be made to feel crappy.”

She also suggested she was “an easy target” because she socialised with her parents Betty and Mark a lot.

But then her dad became ill in 2001 with a rare skin cancer.

His illness devastated the family – and Mark ended up with 110 stitches following a skin graft.

And that’s when Scarlett’s tics set in.

Scarlett told the tabloid that many of her teachers dismissed her tics. And her family didn’t understand anxiety.

Thankfully her dad’s health improved. But Scarlett needed treatment herself, too.

Read more: Scarlett Moffatt on her childhood hell at hands of school bullies

“I took a long course of steroids and I had speech therapy and the tics went, although the effects of the drooping are still there. Even now, my face isn’t symmetrical at all, but I don’t mind it,” she said.

Scarlett added she rarely suffers a bad day with her tics any more. But her symptoms can still flare up if she’s stressed or tired.