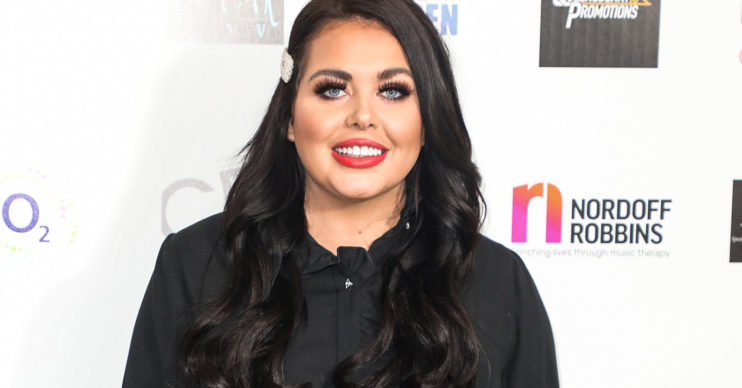 Scarlett Moffatt hits out at Gogglebox for making her look ‘thick’

She blamed the editing

TV’s Scarlett Moffatt has hit out at at Gogglebox bosses, claiming that they made her look “thick as [bleep].”

The I’m A Celebrity ‘Queen of the Jungle’ said she looked somewhat stupid in the short clips because of how they were edited.

And she shared her thoughts on the show which first made her famous.

The Geordie TV star has now launched a conspiracy theory podcast alongside her boyfriend Scott Dobinson.

It is going out on BBC Radio 1.

On the podcast, Scarlett told listeners they will cover “everything from aliens to the Illuminati to mermaids” during the podcasts.

But the first episode was a chance for Scarlett to reflect on the Channel 4 show which launched her career.

And she was not happy.

She said: “I was a professional couch potato, you’re making it sound easy.

“It was actually very difficult. Don’t take the mick. Do you know what was difficult?

“I’d never watched Downton Abbey, like a full episode, and they show us ten minutes of like a man bleeding from the mouth and then I’m like, what’s going on? What’s happening? Who’s this?

She continued: “And they only show that and it looks like I’m thick as [bleep], but really it’s because I genuinely don’t have a clue what’s going on.

“I’m like, seriously who is this because I’ve never watched it before so actually it was very difficult.”

Her appearance on Gogglebox was not the first time Scarlett was on TV screens.

First she appeared on MTV’s Beauty School Drop Outs in 2013.

Meanwhile, she quit Gogglebox in 2013, and has since appeared on shows including I’m A Celebrity… and Saturday Night Takeaway.

Do you think Scarlett is being fair? Do bosses edit the shows to make stars appear stupid, or should she take responsibility for what she said? Go to our Facebook page @EntertaimentDailyfix and leave a comment to let us know your thoughts.