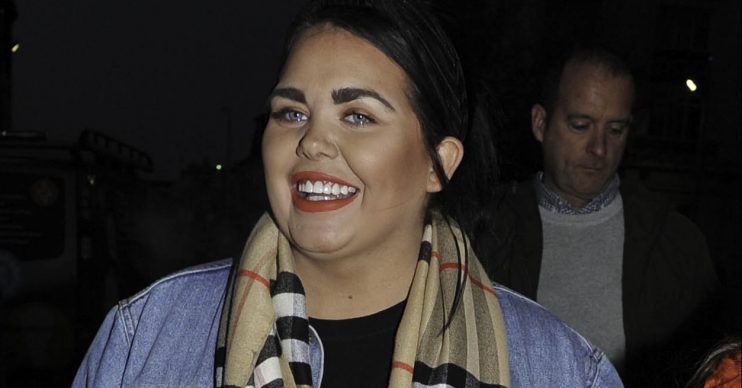 TV’s Scarlett Moffatt has hit back at claims she was sacked from ITV2 show Iain Stirling’s CelebAbility.

The former Gogglebox star has insisted she wasn’t pushed from her team captain role to make room for Stacey Solomon, who took over the role recently.

Scarlett – who launched her new Peacocks clothing range earlier this week – has now revealed the real reason for her departure.

And, she said, it was because she wanted to appear in pantomime and the schedules overlapped.

Speaking to The Sun, she revealed: “I was going to do the show but then I wanted to do panto really bad. I love panto.”

And, far from being pushed out for Stacey, Scarlett revealed that she actually gave the Loose Women star her blessing to take over the role.

Scarlett revealed: “When I was chatting to them they mentioned Stacey, and I was like: ‘OMG Stacey is the best fit for this role,’ because she genuinely cares for people and the whole role is making sure people win.”

Scarlett also insisted that she isn’t “precious over roles”.

She added: “So I’m really excited about it. So I’ll be watching and rooting for Iain and Stacey. I’m not precious over roles.”

Last year, it was revealed that Scarlett wouldn’t be returning to her “dream role” on Ant And Dec’s Saturday Night Takeaway.

At the time, Scarlett played down the news and said she didn’t know why it was a “big story”.

When I was chatting to them they mentioned Stacey, and I was like: ‘OMG Stacey is the best fit for this role’

She said: “I don’t know why this is a big story because it hasn’t been on for two years. It’s not like a rolling contract. They are just changing the format of the show. My bit was like challenge Anneka, and they have taken that out.”

It came after Scarlett stepped down from her presenting role on I’m A Celebrity spin-off Extra Camp, which ITV recently revealed wouldn’t be returning in 2020.