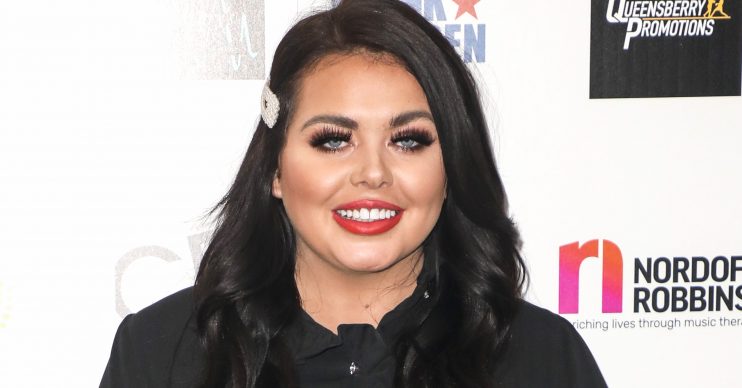 There's only one way to find out if blondes have more fun...

We’re not sure if this counts as blonde, but Scarlett Moffatt said she wants to see “if blondes have more fun”.

It is certainly a lighter look for the star, 30.

She was revealing her stunning new hairstyle, complete with blonde streaks, bouncing curls and extensions, on her Instagram page.

The new hair might have been a great new look for her, but the Gogglebox star also revealed the great cause behind it.

She revealed that she has donated her old hair to the Little Princess Trust, a charity which makes wigs for children with cancer and funds research into childhood cancers.

Good on you, Scarlett!

Let’s find out if blondes have more fun

Read more: Scarlett Moffatt opens up about tough time when her dad had cancer

The cause is certainly one which is close to her heart. Her dad was treated for skin cancer when she was just six, but he pulled through thanks to treatment including surgery.

Speaking on an Instagram story, she said: “The NHS means so much to me.

“I have friends and family who work for the NHS, I have been treated by the NHS and I have been lucky to meet nurses who made a very difficult time for me and my family when my dad had cancer easier by helping us smile at times we didn’t think we could.”

Scarlett has recently had a few ups and downs. She denied this week that she was asked to leave ITV2 show Celebability, where she will be replaced with Stacey Solomon.

She told The Sun that she wants to do a pantomime this year, which would have clashed with the filming times for Celebability.

Scarlett, who is from Durham in the north east, first came to fame on Gogglebox. She was later pronounced Queen of the Jungle after a successful stint on I’m A Celebrity, Get Me Out of Here.

She might not be coming to our screens on Iain Stirling’s show now, but she did have another project to announce this week. Scarlett will be launching her own range at clothing store Peacock’s.

“Could cry I’m so happy! I can finally announce my spring/summer collection with @peacocks_fashion is coming soon,” she wrote on Instagram.

“I tried to make sure when choosing my collection that nobody was excluded from feeling fab!! Theres no labels of curvy or plus size, my range goes from a size 8-22.”

Just as well Scarlett has a stunning new look to go with her foray into fashion.

What do you think of Scarlett’s new hair? Have your say on our Facebook page, @EntertainmentDailyfix.