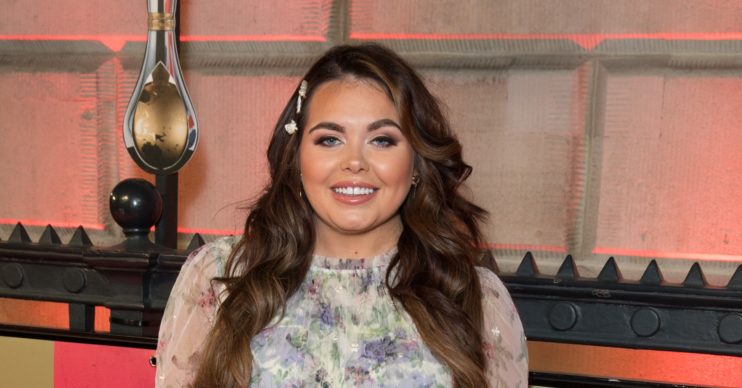 Scarlett Moffatt has started make-up tutorials on Instagram – and they have been such a success, fans want her to start her own tutorial channel.

The star, who found fame with Gogglebox, has been sharing tips for the past two days.

They have been going down a treat with her fans.

Scarlett is not sponsored

In the latest of her tutorials, Scarlett shared the products she uses with fans.

But she insisted she is not being sponsored or paid by anyone to share the products on her page.

“I do not claim to be a make-up artist but playing dress up brings me so much joy, ha,” she wrote.

But fans were impressed anyway.

“I have never watched a make-up tutorial in my life but now I’ve seen two in two days,” one fan wrote. “Looks great!”

“Love what you have done with the lips. I would never have thought of that,” another said.

“I love the fact that you go at a pace where we can actually keep up and learn tips and tricks,” yet another wrote.

“You should have your own YouTube channel,” another fan said.

Many praised the star for her down-to-earth approach, calling a brush a “thingy” and at one point obscuring the view with her hands.

It could be a new career for Scarlett.

She has admitted struggling since leaving Saturday Night Takeaway at the end of last year.

Scarlett recently talked about it on the How To Fail podcast with host Elizabeth Day.

She said she has wondered when her high-profile presenting jobs will come to an end.

“I sort of have imposter syndrome, and I think when is this all going to end, when are they going to realise that I’m not a proper TV presenter.

“I just have fun, I feel like I’m Miley Cyrus in Hannah Montana, it’s the best of both worlds,” she said.

It looks like doing tutorials is one way to go, Scarlett.

What did you think of her make-up tutorials? Go to our Facebook page @EntertainmentDailyfix and leave a comment to let us know what you think.