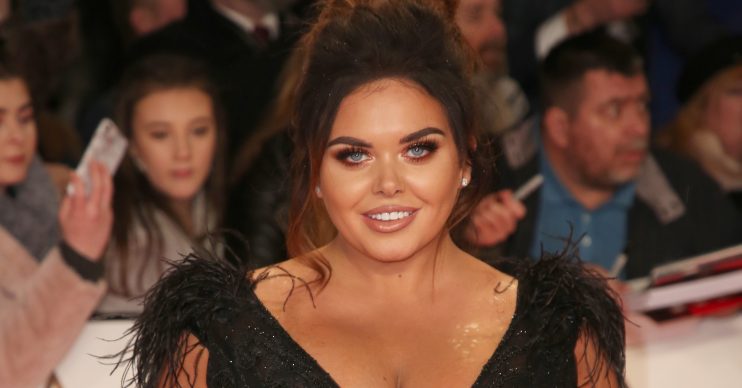 TV star Scarlett Moffatt has shared a rare post about her new boyfriend Scott Dobinson to declare her love.

The I’m A Celebrity winner revealed the policeman “hates” it when she posts about him but she couldn’t help herself because she is the happiest she has ever been.

Scarlett, 28, shared two loved-up pictures and wrote alongside: “We keep our life quite private and he hates it when I post but honestly I’ve never felt love like this.”

The Gogglebox star urged others to never give up looking for ‘The One’, as she nearly lost faith in relationships after her previous failed romances.

She added: “Please never give up on finding your soul mate no matter how many bad experiences you have #love #boyfriend #happiness.”

Scarlett and Scott have been going out since the start of the year and she went public with their romance in March.

The TV star has branded him the perfect boyfriend. She recently shared snippets of the dressing room he built her in her home.

In March, she opened up about Scott for the first time on Lorraine. She said their relationship works because there is “no drama.”

Read more: Scarlett Moffatt hits back at trolls as she stresses the importance of “self love”

Scarlett told TV host Lorraine Kelly: “He is very lovely. He’s got a proper job. My mum is so happy!”

“There’s no drama as well. It’s not like sometimes where you have a boyfriend and you go on a night out and come back with loads of stories. We just go out and have a nice time and then go back and watch the telly.”

Scarlett’s gushing post comes after  a dress designer hit out against her earlier this week. The designer accused Scarlett of ‘ghosting’ them after she requested a bespoke design.