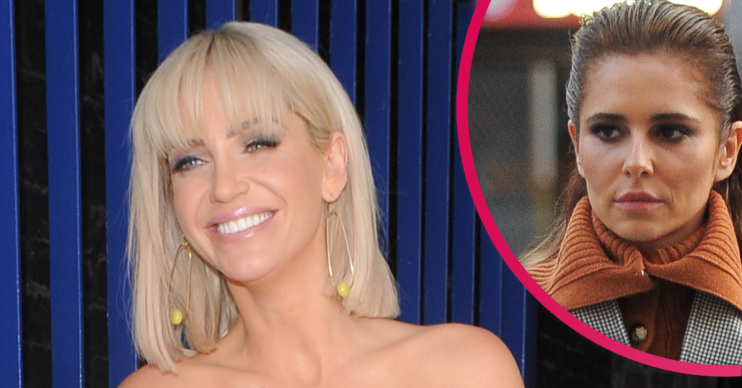 In the latest Sarah Harding update, former Girls Aloud bandmate Cheryl has opened up about the moment she found out her pal was diagnosed with advanced breast cancer.

The 37-year-old star said she feels “helpless” and that Sarah is on her “brain every waking hour”.

What did Cheryl say in the Sarah Harding update?

Cheryl spoke about her pal’s devastating diagnosis and subsequent prognosis in Sarah’s forthcoming autobiography, Help Me Out.

“The news of Sarah’s illness hit me so hard,” she wrote.

“Since that day, she’s been on my brain every waking hour – so much so that I feel like I want to be with her.”

She went on to say that the two FaceTime regularly, and some days can happily chat for hours.

However, some days Sarah is “wiped out”, Cheryl says.

Initially, Cheryl says she “struggled” with how to react to the news and act around Sarah.

Now she just wants to be “there for her in any way she can”.

To hear her talk about what might have been in her life, and what should have been, destroys me.

“To hear her talk about what might have been in her life, and what should have been, destroys me. It’s broken me now, just thinking about it.” Cheryl admitted.

Last Christmas likely to be her last

Former Girls Aloud star Sarah, 39, revealed that last Christmas (2020) was likely to be her last.

She said that a new tumour has been found on either the base of her spine or on her brain.

Another scan found another tumour, and Sarah admitted to feeling “scared”.

She has ruled out radiotherapy.