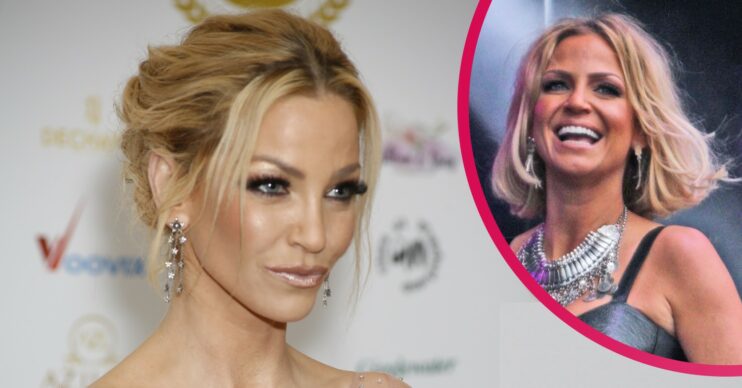 Who has Sarah Harding dated? Did she have any famous exes?

The Girls Aloud star has sadly passed away

Despite it being a very sad time, fans want to remember Sarah‘s life more than ever, taking to the internet to learn more – and that includes who she dated.

Sarah delighted fans throughout her career, but she did express how she wished she had done some things differently in her personal life.

Indeed, earlier this year, she revealed her disappointment at not being a mum.

She also noted how one break up was one of her most prominent ‘regrets’.

Who has Sarah Harding dated?

Sarah released her book Hear Me Out earlier this year.

She addressed her former relationship with DJ Tom Crane, to whom she was engaged at one point.

They dated for five years and became engaged in 2010. However, their wedding was called off six months before it was due to happen.

Sarah explained she ended up pushing him away during the course of their long distance relationship.

She wrote: “I’ve never stopped blaming myself. Losing him was one of the biggest mistakes of my life, but we just couldn’t seem to find a way through the impasse.”

Sarah later had a two-year relationship with DJ Mark Foster.

What did Sarah say about children?

Sarah explained in her book how she realised she would not be a parent during an emotional call with Girls Aloud bandmate Cheryl.

Sarah wrote: “I was saying how we never thought Nadine [Coyle] would be the first one of us to have a child, and that now three of them have kids.

Losing him was one of the biggest mistakes of my life.

“It might seem odd to worry about not having children when I don’t even know how much of a life I have left, but it’s there.

“The truth is, even if my prognosis was better, it still wouldn’t be on the cards because of all the chemotherapy I’ve had.

“That treatment, harsh as it is, will have killed any chance I might have had. It’s making me cry just thinking about it.”

How was her death announced?

Sarah was diagnosed with an aggressive form of breast cancer in August 2020.

Her mother wrote on Instagram: “It’s with deep heartbreak that today I’m sharing the news that my beautiful daughter Sarah has sadly passed away.

“Many of you will know of Sarah’s battle with cancer and that she fought so strongly from her diagnosis until her last day.”

The post continued: “She slipped away peacefully this morning. I’d like to thank everyone for their kind support over the past year.

“I know she won’t want to be remembered for her fight against this terrible disease. She was a bright shining star and I hope that’s how she can be remembered instead.”