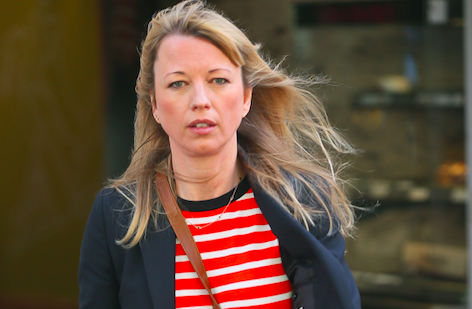 Presenter and family said to be 'really shaken' by their loss

Sara Cox is said to be devastated by the sudden death of her older brother, David, who passed away at the age of 56.

The radio DJ, 45, is reportedly “heartbroken” after David died from an underlying heart condition on December 6.

A source is reported to have told The Sun that his untimely death came as a huge shock to the whole family.

The source said: “He died so suddenly, Sara is absolutely heartbroken. The whole family has been really shaken by the death.”

It is believed David died at Whitehaven hospital, in Cumbria and his funeral was held on December 23.

The funeral was announced in Bolton Newspaper with the following statement:”Beloved partner to Linda, a loving son, father, brother, uncle and dear friend to many. Sadly missed.”

He died so suddenly, Sara is absolutely heartbroken

He had lived most of his life in Sara’s hometown of Little Lever near Bolton, where they grew up with their additional three siblings.

The family are now raising money for the British Heart Foundation.

Took my large farmer hand on a night out. Mind bending pork chop & a dirty martini @bernerstavern – what a treat.

A statement on JustGiving.com reads: “David passed away suddenly on December 6 due to an unknown underlying heart condition.

“We are therefore raising money in David’s memory and donating it to this worthy cause.

“Donating through JustGiving is simple, fast and totally secure. Your details are safe with JustGiving – they’ll never sell them on or send unwanted emails.

“Once you donate, they’ll send your money directly to the charity. So it’s the most efficient way to donate – saving time and cutting costs for the charity.”

Sara has yet to comment on the tragic family loss.

The presenter has been a popular entertainment personality since the mid 1990s, when she became famous for presenting The Girlie Show on Channel 4 and later as a popular presenter on the same channel’s show The Big Breakfast.

She published a book on her upbringing in 1980’s Lancashire in 2019 called Till the Cows Come Home: A Lancashire Childhood.

She currently presents Drivetime on BBC’s Radio 2 on weekdays from 5-7pm.

ED! has approached a representative for Sara for comment.