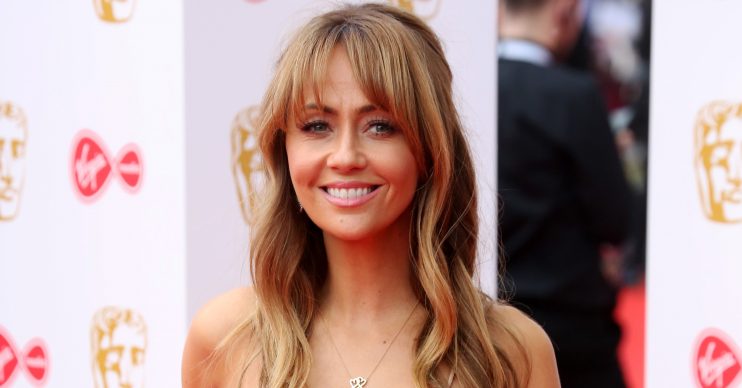 She returned to work shortly after the sad loss in 2014

Soap star Samia Longchambon has spoken about a miscarriage she suffered before she had her son Yves.

The Coronation Street favourite, who plays Maria Connor, told MailOnline she returned to work shortly after the sad loss – and only told show producers when her character had a storyline about going through a similar experience.

Maria sadly lost the baby she was carrying earlier this year when she contracted measles.

Samia was praised for her heartbreaking performance as the hairdresser was told the devastating news. Ex-boyfriend Ali was by her side and comforted her as she sobbed over her loss.

She had caught measles from Daniel Osbourne’s son, Bertie, after the grieving dad failed to get him vaccinated.

The mum-of-two, 37, – who has her four-year-old son Yves with husband Sylvain and daughter Freya, 10, with her ex Matt Smith – revealed she was nine weeks pregnant when doctors told her they couldn’t find a heartbeat.

“I unfortunately went through it myself and miscarried. It was about five and a half years ago, before I got pregnant with Yves. I’ve never spoken about it before,” Samia explained to the tabloid.

She continued: “I have health anxiety, so I’ve always liked to have early scans in my pregnancies. I hadn’t experienced any bleeding or anything. It was called a missed miscarriage, which is when your body thinks you’re still pregnant. I had to have a procedure.”

The popular TV actress also said she felt it was important to portray’s Maria’s terrible experience properly, saying that filming the plot helped her with her own feelings.

I don’t think I fully ever got to grips with what happened.

Samia added: “Corrie didn’t know because I’d not told anyone at work about my miscarriage. They were quite shocked because I still went to work afterwards. In a way, [filming] was actually quite cathartic, because I don’t think I fully ever got to grips with what happened.”

Tonight’s @itvcorrie is heartbreaking for #maria but I know it will be close to so many people’s hearts too. Including mine. For anyone affected by the story please visit https://t.co/KbzFR8u2v3 #miscarriage 💔🙏

Earlier this year Samia begged parents to vaccinate their babies.

Maria was also devastated in 2008 when she gave birth to a stillborn baby on the ITV soap.

Speaking about her character’s heartbreaking recent storyline and measles, she told the Daily Record: “It’s definitely an issue that needs talking about.

“It’s a problem that measles is on the rise again in this country and it shouldn’t be, there are vaccinations there to stop it but people are choosing not to vaccinate their children.

“Obviously it is a personal decision but it can have a snowball effect so it is really important to show that.”

For support contact The Miscarriage Association on 01924 200 799 or www.miscarriageassociation.org.uk.