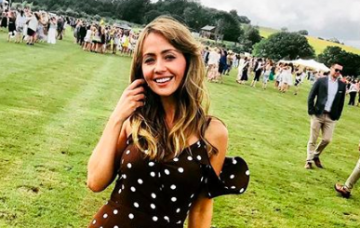 The actress has played hairdresser Maria Connor on the cobbles for 18 years.

But now she has taken up learning alternative treatment reflexology in her spare time.

She said: “At the moment I’m actually doing a reflexology course just to do something else alongside my job.”

Samia is about halfway through a distance learning course in the treatment that is said to work by applying pressure to feet and hands.

“I’m about halfway through the course and my castmates all keep offering to be guinea pigs for me,” she said.

“But I’ll have to make sure they’ve all got clean feet before I start poking around.

Samia also revealed how it has been helping her deal with her anxiety issues.

She said: “It helps you to relax and helps with anxiety so that’s why I’ve been doing it.”

Samia added: “I’ve always been interested in reflexology and holistic therapies and things and it’s just given me a focus and a break from my own head.”

And she will have a new second career once she has finished her course.

“At the end of it I will be a qualified reflexologist touch wood, hopefully.”

The actress also credited the therapy with helping her cope when she was pregnant.

She said: “I did a baby reflexology course when Yves was tiny and I had a bit of reflexology when I was pregnant and it helped.”

Samia is married to Dancing on Ice star Sylvain Longchambon and they share son Yves together.

She also has an elder daughter Freya with her ex-husband.

However the actress also confirmed that she wouldn’t be leaving the soap so fans can relax.

Are you glad Maria’s going nowhere? Leave us a comment on our Facebook page @EntertainmentDailyFix and let us know what you think!