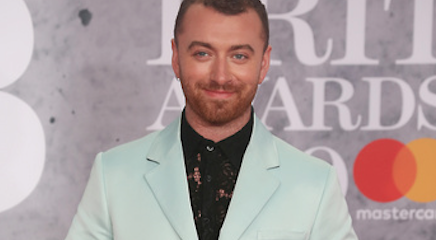 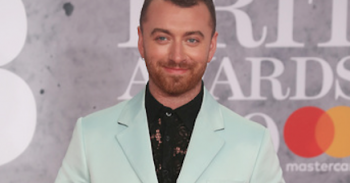 Singer says he still gets "very, very dark and very sad" over weight

Sam Smith had liposuction when he was just 12 years old.

The singer has revealed he has struggled with his weight since he was a child, and even underwent the fat removal procedure before he was even a teenager because his weight was making him unhappy.

He said: “When I was a kid, I was chubby… and then it would get worse and worse and worse and I was holding a lot of weight in my chest. When I hit 11 years old, I went to the doctor’s. I was so self-conscious that it was affecting my mood every day.”

In the past if I have ever done a photo shoot with so much as a t-shirt on, I have starved myself for weeks in advance and then picked and prodded at every picture and then normally taken the picture down. Yesterday I decided to fight the fuck back. Reclaim my body and stop trying to change this chest and these hips and these curves that my mum and dad made and love so unconditionally. Some may take this as narcissistic and showing off but if you knew how much courage it took to do this and the body trauma I have experienced as a kid you wouldn’t think those things. Thank you for helping me celebrate my body AS IT IS @ryanpfluger I have never felt safer than I did with you. I’ll always be at war with this bloody mirror but this shoot and this day was a step in the right fucking direction 👅🤘🏼🍑

However, he did add undergoing such a procedure at a young age was a “big deal”.

Sam also told how he got his mother to write him notes so he wouldn’t have to do swimming lessons in school due to being so self-conscious about being shirtless in front of his friends.

Speaking to Jameela Jamil for an Instagram series called ‘I Weigh Interviews’, Sam said he had been struggling with his weight “from since I can remember, like since I was a baby.”

He added: “It’s something that’s been in me forever.”

Sam also admitted he still worries about his body image, which he blames as the root of all his “sadness”.

“Literally everything I’ve ever been sad about is my weight,” the BRIT award winner said.

He continued: “I struggle with it every day. I get very, very dark and very sad.”

Sam also recently said he identifies as non-binary and genderqueer, adding he has “always had a bit of a war within my body”.

A few months ago, I sat down with @jameelajamilofficial and spoke with her for her incredible @i_weigh movement. I know this sounds dramatic but this interview completely changed my life. Being able to talk so openly about my body issues and feeling so safe whilst doing it was truly liberating. I am so thankful to Jameela and her team for this opportunity and being so respectful and kind to me. It took a lot for me to do this and I was so nervous, so please be kind haha. I really hope this can make someone else who feels like me, a little less lonely and a little less alien xx