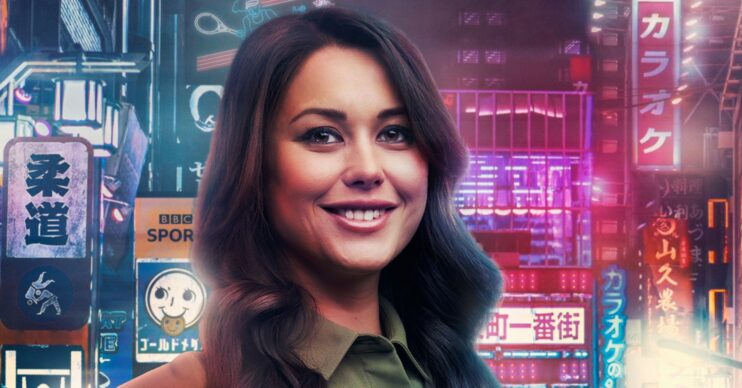 Sam Quek on The One Show: How did she become famous and has she ever won an Olympic medal?

Sam co-hosts The One Show

Sam Quek appears as a co-host on The One Show tonight (Wednesday October 6) – but how did she become famous and has she ever won an Olympic medal?

The presenter has enjoyed a meteoric rise to fame in the past couple of years.

And here’s everything you need to know.

Where is The One Show star Sam Quek from?

Thirty-two-year-old Sam was born in Liverpool in 1988, part of a set of twins. Her brother is Shaun.

The presenter comes from a multi-cultural family, with her dad Albert originally from Singapore.

When she was five, Sam and the family – which also includes sister Maxine – moved out of Liverpool and into the Wirral.

After showing signs of following a path in sports, she attended Leeds Metropolitan University to study Sport & Exercise Science.

Sam started playing hockey when she was at school and was soon selected to play for the county team.

Subsequently, her career in hockey began to take off and by the mid-2000s she had represented her country at youth levels.

Although she missed out on the London 2012 Olympics, she soon made up for it.

In 2016, Sam made the trip to Rio de Janeiro for the next Olympics very much part of the team.

It was to be a memorable tournament, with the team defeating the Netherlands in the final after a penalty shoot-out.

Sam and her teammates became the first British women’s team to win an Olympic gold in hockey.

In 2017 she was awarded the MBE for services to hockey.

When did her career in the media take off?

At the end of 2016, Sam appeared in series 16 of I’m A Celebrity, where she narrowly missed out on the final.

Coming fourth, she said: “I learned lessons about myself that I would never learn anywhere else. It’s crazy but I loved every minute.”

Appearances on The Chase, Celebrity Pointless and sport shows followed, as did columns in national newspapers.

Last year, Sam was a losing finalist in Celebrity MasterChef but that was just the start – this year she co-presented the BBC’s Olympics coverage and was then named a permanent team captain on the channel’s sports quiz, A Question Of Sport.

Is she married and does she have children?

I’m A Celebrity viewers will remember she was greeted on her way out of the jungle by then-boyfriend Tom Mairs.

However, their journey to parenthood was less than straightforward. Sam sadly suffered a miscarriage only a month before she became pregnant with Molly.

And she admitted the experience had a traumatic effect on her.

She told OK! magazine: “I didn’t want to speak to anyone. I had guilt and shame that it was my fault.”

She continued: “I was looking back at everything I did during pregnancy and replaying every single minute.

“I put it all on me and my body. But I never said that to Tom at the time.”

Sam Quek The One Show