Former star of TOWIE, Sam Faiers looked a tangerine dream as she unveiled a bold new look on Instagram.

The 28-year-old was barely recognisable in the snap uploaded yesterday as she supported a celeb hairdresser pal.

"I love being Wilma," she commented in the pic’s caption, referring to the red-headed Flintstones character.

But who is she ?🍊 so proud of you @carlbembridgehair 👏👏 congratulations on your new wig rage @carlbembridgewigs I love being Wilma 😉🙌

Friends and fans clamoured to express their approval for Sam’s hair transformation with emojis and compliments - and several suggested she should consider changing up her look for good.

Others chuckled at how the glam The Mummy Diaries star made fun of herself by holding a can of orange Fanta in frame.

"Love this look on you," commented glamour model Casey Batchelor.

"Wow you suit this colour so much," added another admirer. 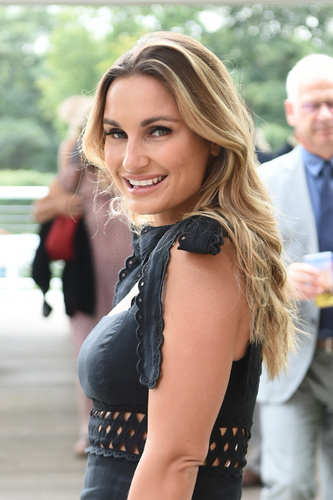 Read more: Lauren Goodger gobsmacked as Celebs Go Dating match rates her 'a 4 out of 10'

A third fan exclaimed: "OMG look at you!"

And another person joked: "Love the way the drink matches!"

Earlier this year mum-of-two Sam - who has reportedly sought treatment to prevent her pulling out her own hair - also experimented with wearing a pink wig.

"I literally didn’t want to take this pink wig off," she noted at the time.

I love being Wilma.