They wowed on the TV Choice Awards red carpet and now Mummy Diaries stars Sam and Billie Faiers have revealed they're both desperate to fall pregnant with their third child at the same time.

The former TOWIE stars are both keen to add to their broods and are hoping that they will be able to carry their next babies at the same time.

The sisters said it would make the nine months of pregnancy easier if they did it together. 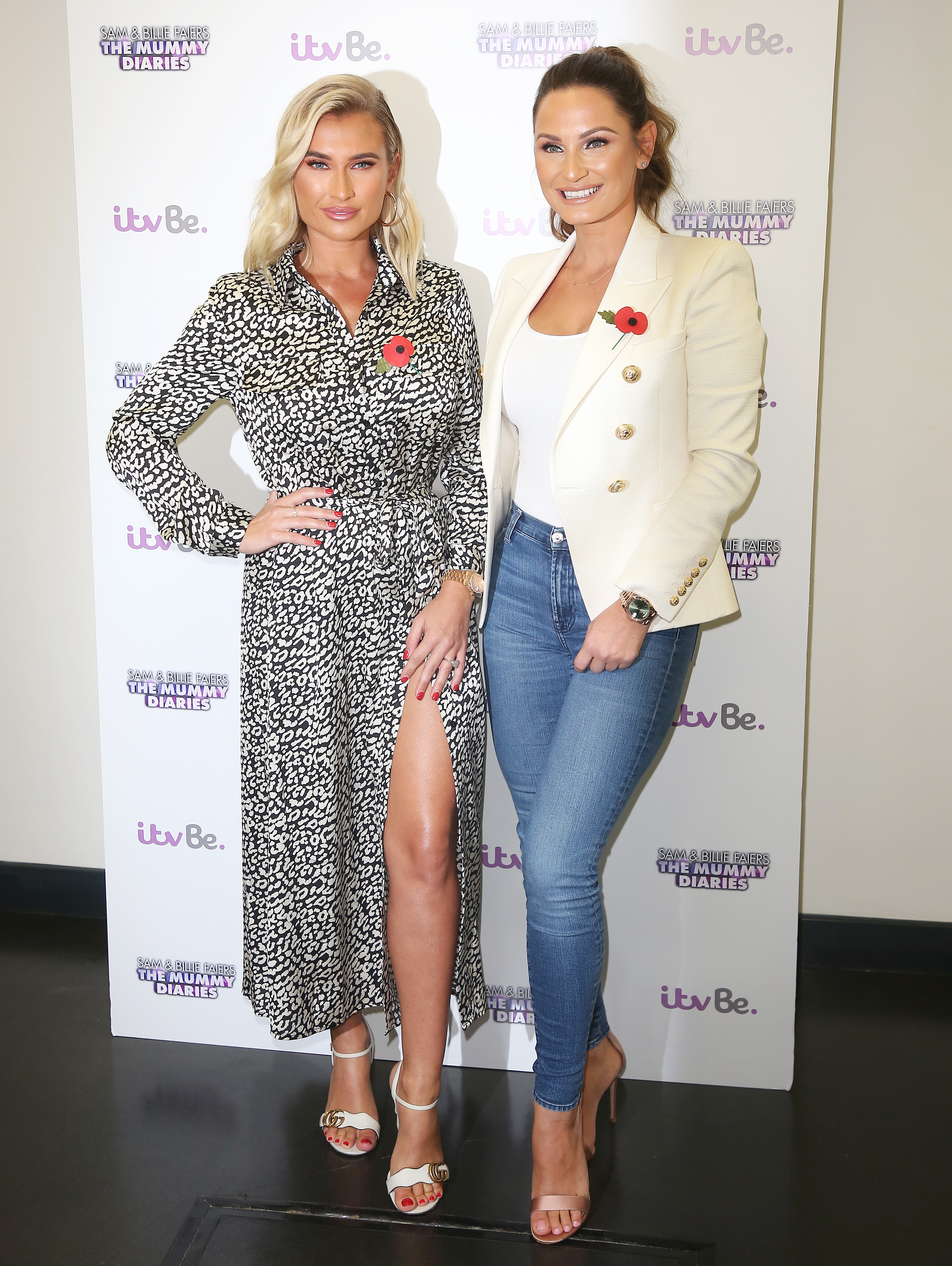 Sister act! Sam and Billie are planning their next babies (Credit: Splash News)

Speaking to the Daily Mail, Billie – who already has Nelly, five, and Arthur, two, with husband Greg Shepherd – said she'll wait till later this year to try for baby number three.

She said: "If I was to think about having another baby, I wouldn't want to fall pregnant until the end of next year. I want to get my 30th out the way – I've got so much work and stuff going on."

Sam – who has Paul Jr, three, and Rosie, 22 months, with boyfriend Paul Knightley – wants to wait till "at least one" of hers is in school.

✨ Summer 2019 ✨ ... Thank you my darling @gregory_shep for all the amazing memories we have made with our babies, family and friends this summer , I feel so lucky and grateful to have you all in my life ❤️ Now ... back to reality and I can’t wait! 💪🏼🙊🙌🏼 lots of exciting things to come ✨✨✨

She said: "I wouldn't even think about having another one until at least one is in school. It's hard isn't it, it's full on."

However, when asked if they would like to have their third baby at the same time, the answer was a resounding yes!

It's just so easy to be pregnant together, we didn't go to a club together for four and half years.

Sam revealed: "It's just so easy to be pregnant together, we didn't go to a club together for four and half years."

Our little Nelly’s 5th Birthday party yesterday. 🎪🎠🦁 such a fun day. We love you crazy chick 🐣

Billie also opened up about the change in dynamic if just one of the sisters were to have another baby.

She admitted that she wasn't sure what it would "be like" as the four cousins share such a close bond.

Sam recently opened up about her battle with trichotillomania – a condition which sees her pull out her own eyelashes. The star revealed she is in therapy after daughter Rosie started to copy her.