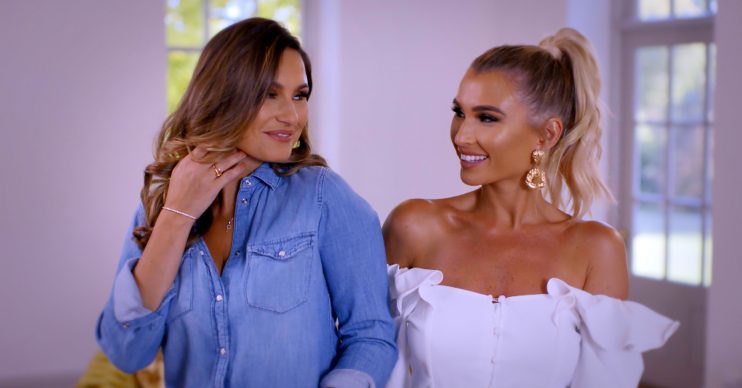 Could try for this year

Reality TV sisters Sam and Billie Faiers have revealed that they will try for their third children at the same time.

Sam, 29, and Billie, 30, – who rose to fame on TOWIE – said that they ‘will coordinate their pregnancies’ when Sam turns 30 later this year.

“We are sisters and we have always done everything together so we said this time, let’s not let it get like that again. Another year would be good for me, not to be pregnant.”

We do say we’d like more. We might try and do it at the same time, but not for now.

The sisters present Sam and Billie Faiers: The Mummy Diaries on ITVBe together and have chronicled their lives as they bring up their children.

Billie added: “We do say we’d like more. We might try and do it at the same time, but not for now.”

Billie married broker Greg in 2011, and married in a luxury ceremony in the Maldives last year.

The two share daughter Nelly and son Arthur together.

Billie told OK! Magazine earlier this month that she and Greg were planning for a third child some time in the future.

“We always talk about baby number three. I’m throwing it out there – it’s going to happen,” she said. “Greg is coming round to the idea too – he said the other day, ‘When we have another baby… Oh, my God, did I just say that?’

“I don’t know if it will be this year as I don’t have enough time to fall pregnant! But maybe next year. We need to do it sooner rather than later as I don’t want a huge gap. Arthur is going to be three in March so time is ticking!”

At the start of the year, the siblings ran into trouble when a passenger complained about their behaviour on a trip to New York to celebrate Billie’s 30th birthday.

Sam and Billie and their mum Suzie Wells flew to New York on a British Airways flight to mark the family occasion – but Billie was left fuming after the group were told to tone it down.

She said on Instagram: “I would like to say a huge thank you to some of the staff @British_Airways at the airport… However… Since being on the plane someone has complained because me, my mum, and sister have been laughing.”