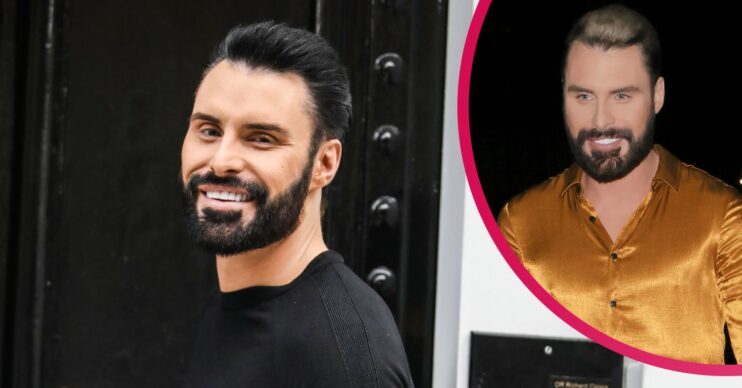 Rylan wasn't going to led the troll get away with it!

Rylan Clark was left fuming after a Twitter troll told him to “grow up” and focus on “people dying in Ukraine“, rather than getting a new tattoo.

However, 33-year-old Rylan wasn’t going to let the troll get the last word and expertly shut them down – with the help of some of his 1.6 million followers.

The star’s dealings with a Twitter troll happened last night when Rylan tweeted about wanting a tattoo.

In a tweet to his 1.6 million followers, Rylan wrote: “Think I want a tattoo….. is this midlife or….”

A cruel troll was quick to reply to the star’s tweet. They said: “People dying in Ukraine and you are mincing about dreaming of tattoos. Grow up.”

It didn’t take long for Rylan to clock on to the troll’s tweet and shut them down with a smart reply.

“You got any idea what I’ve done for the cause? No, because I don’t feel the need to plaster it all over social media so thanks and take care have a great eve,” he wrote.

How did Rylan Clark’s followers react?

Plenty of Rylan’s followers took to the replies to show their support for Rylan.

“He’s got 2 followers sweetie, I wouldn’t worry!” one of Rylan’s followers said.

“You don’t need to justify yourself to anyone Rylan,” another said.

“You tell him hun!” a third wrote. “You have helped support and inspire so many people, he’s the one who clearly needs to grow up!”

“Don’t rise to this type of thing. You do not have to justify yourself to anyone. Know how much you are loved. You are good enough,” another said.

They went on, adding: “You are a good person. You are so loved.”

What else has Rylan been up to?

This isn’t the first time that Rylan has snapped back at trolls online recently.

Just last week, the 33-year-old was forced to clap back at a troll who made fun of his famous pearly whites.

“Getting up this early each day I would love to tell you all am going for a run and a 2-hour gym workout….. reality is 2 coffees so far in a dressing gown watching reruns of Tipping Point. I thank you,” Rylan tweeted.

One foolish troll wasn’t holding back that day.

“Apart from teeth that a bloody horse would be proud of, and speaking like a chav [bleep], what exactly do you contribute to society?” they wrote.