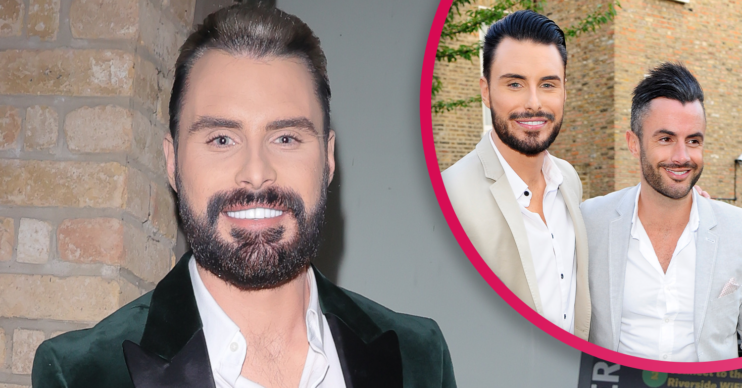 Rylan Clark has opened up about his love life following his split from husband Dan Neal.

The It Takes Two presenter broke his silence on the end of his marriage back in June and took a break from the limelight.

What did Rylan Clark say about his love life?

Rylan said that a friend set up a Tinder profile for him earlier this year – which was promptly deleted by the site after it thought someone was catfishing Rylan.

The profile featured a picture of Rylan and read: “Tall normal bloke – 6’4 – am I actually on this thing?”

Rylan said: “It was actually my friend who put me on Tinder as a laugh. I was chucked off as a catfish which I’m quite flattered-slash-appalled by!”

Read more: Rylan Clark fans are all saying the same thing about his appearance

He then revealed: “I’m not actively out there looking for husband number two by any [bleep]ing means, believe me.”

Instead Rylan revealed that he is “just looking after me for a change”.

He added that he is enjoying spending time with people who love him and are “there to look after me”.

The star added he is focusing on himself and credited Strictly with “helping him”, admitting it’s been good to keep busy.

What is Rylan doing for Christmas?

Meanwhile, Rylan said now it’s time for him to “wind down” and spend time with his family.

He revealed he’s keen to get “Christmas and New Year out of the way”. And Rylan admitted it will be “different” this year.

Read more: Rylan Clark admits real reason for his new smile and gross thing he’ll do with his old teeth

“Now it’s time for me to maybe just wind down, spend some time with my family, get Christmas and New Year out the way. It’s gonna be a little bit different for me this year,” he said.

What happened when Rylan and Dan split?

In June, Rylan broke his silence on reports his marriage was in trouble.

He said: “Following reports about Dan and I spending time apart, I feel I have to speak out as the way it is being reported is unfair

“I have made a number of mistakes which I deeply regret and have inevitably led to the breakdown of our marriage.”

The couple married in 2015 at Braxted Park in Essex.

So what do you think of this story? Head to our Facebook page @EntertainmentDailyFix and tell us.