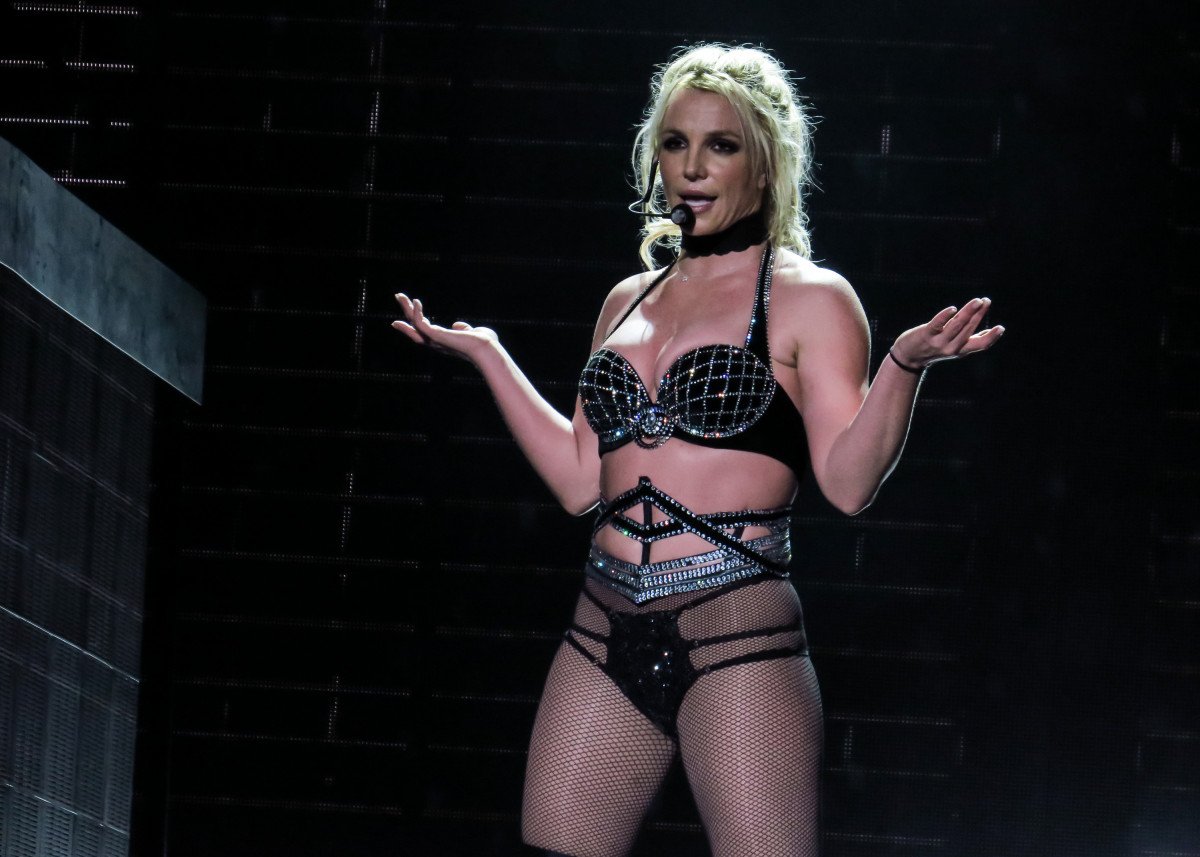 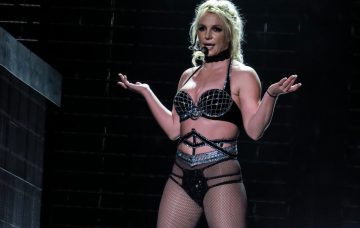 And he loved every second of it

Read more: Mark Wright given warning as he announces This Morning hosting debut

But the This Morning presenter was in for a surprise when he got there – the princess of pop walked him around the stage on a lead, before whipping him.

Rylan had posted about his excitement about seeing Britney perform ahead of the show, posting a shot of the two of them to Twitter.

The tweet read: “Tomorrow I get to see this one @britneyspears I literally cannot wait . #PieceOfMe xxxx”

And the concert held a surprise for the crowd – while performing her hit song Freak Show, the pop star pulled him out of stage, where her dancers fastened a harness on him, so Britney could walk him on a lead.

Rylan got right into the performance, showing of his own hip-swivelling dance moves while he was up there.

“6 years ago tonight my @TheXFactor audition went out on tv, me with the long blonde locks on stage at @TheO2,” he tweeted.

“Tonight I’m back on stage at The O2 getting whipped by @britneyspears. What a life. #6yearsofrylan lols.”

His fans were quick to celebrate the event – immediately sharing their own clips of the performance, with Rylan sharing several over Twitter and Instagram.

Even This Morning got in on the act, tweeting a video from the official show account with the caption “Hey @Rylan, did you get up to much last night? 😂”

Britney is performing three shows in London as part of her Piece Of Me tour, after several performances around Europe, including one at Brighton Pride.

Would you go on stage with Britney? Let us know what you think of this story by leaving us a comment on our Facebook page @EntertainmentDailyFix!