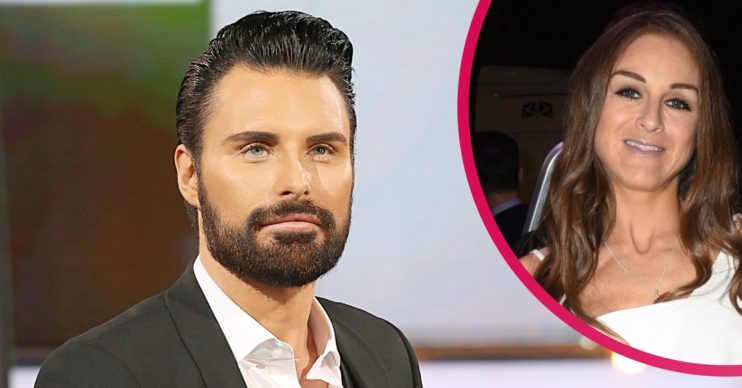 Rylan Clark-Neal has taken to Twitter to defend his decision to publicly share a campaign for his good friend Nikki Grahame.

The telly presenter is helping to raise £50,000 so that Nikki, 38, can pay for private treatment for her anorexia.

Nikki, who found fame in the 2006 series of Big Brother, has battled with the eating disorder throughout much of her life.

With her full backing, friends have set up a GoFundMe page after her fight is said to have worsened.

But he has been horrified by the sheer number of trolls who criticised him for doing so.

What has Rylan Clark-Neal said to the Twitter trolls?

Rylan has since tweeted: “Few points. 1. Nik is a colleague I’ve worked with on BB.

“2. Yes I’ve donated, 3. It’s not just about money it’s about showing how many people support her and want her well, giving her a reason to push herself to get help.

He continued in a second tweet: “I’ve removed the link it’s been shared now glad I could help in that small way and send all my love, understand the pictures can be stressing for some.

Glad I could help in that small way and send all my love.

“Just shows Twitter can be a very dark place at times. Off to watch A Place In The Sun and clean the shower head. Stay well.”

Rylan – who has donated £500 – is not the only person to suffer abuse after the campaign was made public.

Nikki’s former Big Brother co-star Imogen Thomas has also been forced to speak out about it.

Alongside a picture of herself and Nikki, the Welsh star said she had been “inundated” with accusations of not helping her friend.

Imogen said: “I didn’t want to state anything public about Nikki’s health as it’s a sensitive and personal matter.

“However I’ve been inundated with messages asking me why I’m not supporting Nikki. This couldn’t be further from the truth.

“Nikki is in my life and is very important to me. She is my best friend. I truly do love our friendship and seeing how much of you love her has been so touching.

“Trust me when I say we have tried everything. We have been through challenging times together. I will continue to support her and her lovely family as much as I can.”

Imogen added: “We would like to thank everybody who has donated to her GoFundMe page.”

‘This is now our last hope’

Nikki has spoken publicly in the past about her struggles with anorexia.

In 2009, the Big Brother star even wrote a book called Dying To Be Thin: My Lifelong Battle With Anorexia.

Nikki’s friends are desperate to pay for her to seek treatment at a private clinic such as The Priory in Surrey.

They have written on GoFundMe: “Over the past years Nikki’s family and friends have tried so desperately to get Nikki all the help possible through the NHS, but unfortunately the treatments have failed and we have exhausted every avenue possible, and now Nik is unfortunately in a very bad way. This is now our last hope.”

Nikki’s rep told ED: “It is with sadness we can confirm Nikki’s battle with anorexia has worsened in recent months and those closest to her are doing everything they can to assist with her recuperation, most notably in the form of a Go Fund Me page.

“We are confident Nikki will be able to make a full recovery and she would personally like to thank everyone for their kind words, wishes and incredibly generous donations.”

You can donate to the campaign here.