TV presenter Rylan Clark-Neal has shown off a dramatically different hairstyle that brings to mind his early days on The X Factor.

When he landed on our screens with his opening audition for the hit ITV singing competition back in 2012, Rylan had long blonde locks - a world away from the short, dark style he wears these days.

On Instagram, he shared a snap of himself with presenter pal Zoe Ball ahead of the first episode of Strictly Come Dancing companion show It Takes Two, which they are hosting together.

In the photo, Rylan appears to be channelling his X Factor days with blonde wig that looks remarkably similar to Zoe's hair.

In the comments, some fans told him they loved the look, while others weren't so sure.

One said: "You look like when you were first on X factor."

Another wrote: "Omg love it."

A third commented: "Rylan that's a different look for you hun x."

Someone else said: "Blonde doesn't suit you Ry Ry." 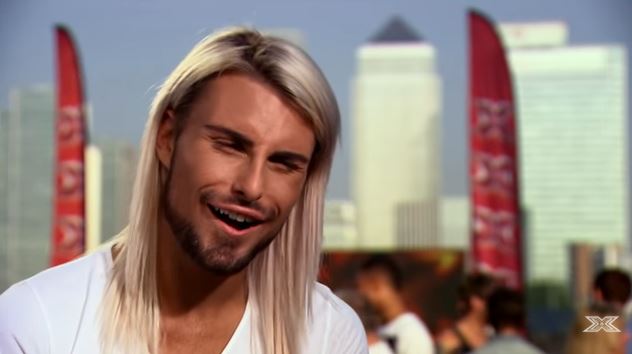 Rylan had blonde hair when he first appeared on The X Factor (Credit: ITV)

Aside from his It Takes Two job, Rylan is also fronting the newly rebooted version of classic '90s gameshow Supermarket Sweep.

It received something of a mixed reaction when it kicked off earlier this month, with a number of angry viewers taking to social media to accuse the programme of being "wasteful".

But subsequent episodes have fared much better, with fans saying the programme is an enjoyable watch and hailing Rylan as the perfect person to host it.

Since then, Rylan's opened up about what he considers the key to his success - and taken a swipe at unnamed nasty colleagues.

Just having a little lie down

In an interview with Closer magazine, the star discussed his seven years working in the entertainment industry and revealed how some have treated him like dirt.

He told the publication: "Some people spoke to me like [expletive] in the early days and when I eventually did well for myself, they spoke to me very differently. I never forget, though."

Speaking further, Rylan - who will present the first episode of It Takes Two on Monday (23.09.19) at 5.15pm on BBC One - added: "I've worked with a lot of people who, just because they think they're in authority or because they're important, talk to other people like [bleep]."