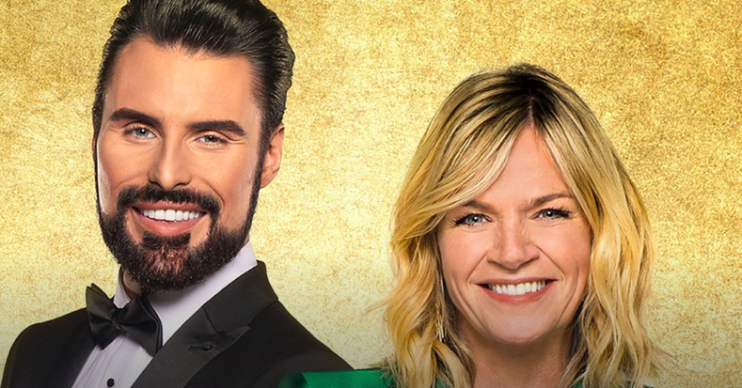 Presenter says reports of a spat are 'news to him'

Rylan Clark-Neal has denied tabloid reports of a clash with his It Takes Two co-host Zoe Ball.

The former X Factor responded to allegations in The Sun during an appearance earlier today on Sunday Brunch.

The newspaper had claimed Zoe Ball snapped at him during rehearsals for the BBC2 show.

The report alleged Zoe told him to “shut up” while she was preparing for the programme.

“Zoe tried to make the remark in a jokey way, but it was clear she was annoyed,” an unnamed insider is quoted as saying.

“She was just trying to do her job.

“Rylan wasn’t filming but he was ‘performing’ for the crew – telling jokes and laughing noisily. He was being very loud and Zoe snapped,” the source claimed.

But Rylan said on Sunday Brunch that the reported “bust-up” was “news to him.”

Speaking on the Channel 4 show he said: “There was a story this morning saying me and Zoe had a massive bust-up on Friday in rehearsals.”

Rylan says he was simply late for rehearsals and no ‘spat’ took place.

“I was late, I missed rehearsals. I was flying back from my DJ gig. It was news to me,” he said.

He went on to say what an “honour” it was for him to be joining the popular Strictly Come Dancing spin-off show:

“For me as well with Big Brother not being there now, to do a spin-off show again and to do it with Strictly, the biggest show on TV, it was an absolute honour to be asked to join that family.”

He has also responded to the tabloid’s allegations on social media.

Mockingly responding to the story, he tweeted: “Morning @ZoeTheBall. You evil witch 😂😂😂😂 (this isn’t true btw but made me giggle) x.”

And Zoe Ball even replied with a picture of Joan Collins and Linda Evans as their infamous Dynasty roles with the caption: “Love you leggy one xx.”

Love you leggy one xx pic.twitter.com/h4UqRJ6p7Q