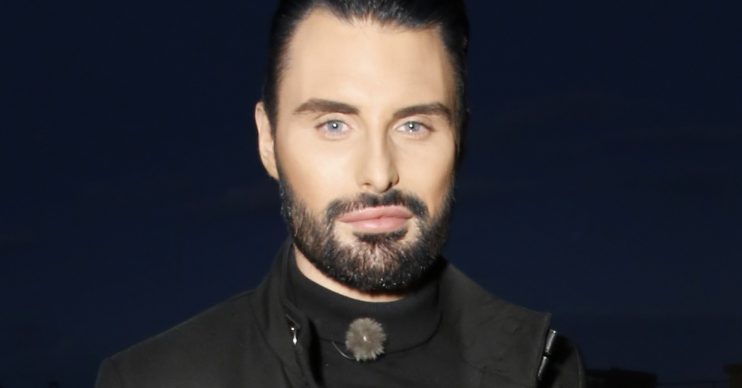 He had the right hump

An exasperated Rylan Clark-Neal could not believe the cheek of an unknown scavenger after numerous items were pinched from the TV presenter’s dressing room.

This Morning and Big Brother fave Rylan, 31, is currently performing on stage in London as The Critic for a festive run of musical Nativity! alongside the likes of Sharon Osbourne and Danny Dyer.

But the telly presenter put the thief who had nabbed a haul of his goodies on blast yesterday as Danny’s daughter Dani filmed him.

“I’ve got the right hump,” he fumed after listing everything that had been taken without his permission.

Can I get Colleen on this please pic.twitter.com/CoaLH3h2hC

“I can’t believe that and they’ve stolen two chairs!”

He later tweeted to his 1.6 million followers: “To whomever has been in my dressing and taken my Diptyque candle, two Nespressos, three bottles of Evian, a bottle of milk and eaten my Caramel Nibbles.

“I hope the coffee was burnt, the milk curdles, the bottle leaked in your bag, you’re sick from the Nibbles and the wick falls off.”

To whomever has been in my dressing room and taken my diptyque candle, 2 nespressos, 3 bottles of Evian, a bottle of milk and eaten my caramel nibbles, I hope the coffee was burnt, the milk curdles, the bottles leaked in ur bag, youre sick from the nibbles and the wick falls off.

However, most of his entertained Twitter followers treated the incident – and Rylan’s hilarious impersonation at a luvvie strop – with humour, rather than serious concern at or sympathy for his loss.

“And a partridge in a pear tree,” quipped one fan after Rylan had reeled off the items that had gone missing.

An amateur sleuth suggested: “So you’re looking for a very thirsty chocaholic who appreciates a nice scent.”

And another cheeky follower teased: “Nothing worse than your wick falling off.”

Thankfully, Rylan’s pain was later eased by replacement chocs and another candle.