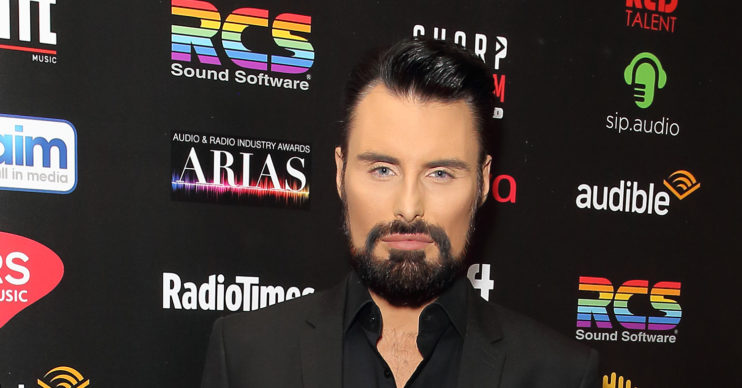 Rylan Clark-Neal admits he pleasured himself on Celebrity Big Brother

Television personality Rylan Clark-Neal has recalled an intimate moment he once had in the Big Brother toilets.

And how Steps star Claire Richards kept guard at the bathroom door.

He’s revealed he had some alone time to pleasure himself on the programme, while Claire kept a look-out to make sure no one caught him.

Speaking on Channel 4’s Big Brother: Best Shows Ever, he said: “Listen. When I was in there I had to.

“Did it in the bathroom, Claire from Steps sat outside. She was on watch!

Read more: The Chase fans urge for Shaun Wallace to be sacked

Rylan made his confession after he and co-host Davina McCall chatted about Big Brother series six, when housemates – including Kemal Shahin, Science, Kaosi Musambasi and Sam Heuston – had to sit in a cardboard box for as long as they could.

Sam appeared to be having some fun solo time in her box, and Davina was shocked as they reflected on the outrageous moment.

She laughed: “Can we discuss this? Because I completely forgot about this until I watched this episode, that Sam was having a good time in her box.

“There were noises and then a couple of the guys looked in the box and were like, ‘Oh my gosh how could you?'”

Rylan teased: “Do you not spend that time when you’re in a cardboard box in the middle of a house all alone?”

Read more: Days of thunderstorms ahead after British heatwave

Davina quickly fired back, and insisted Sam should have simply been a bit quieter.

“Less of the moany groanies”

She added: “Not when someone could look in. If you’re going to do it and wear a microphone, could you please try and just be a bit more subtle and quiet about it.

“Less of the moany groanies.”

In addition to his BBC radio hosting duties he has also enjoyed stints presenting on This Morning.

And he proved to be very popular on Celebrity Gogglebox, appearing alongside his mum Linda.

The pair are set to return to the Channel 4 special this Friday for another celeb Gogglebox special.

What do you make of Rylan’s confession? Share your thoughts with us on our Facebook page @EntertainmentDailyFix.