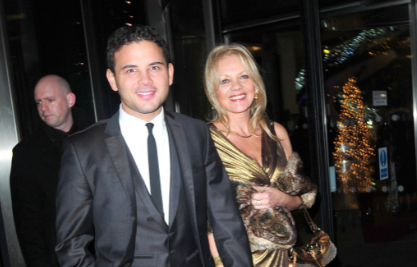 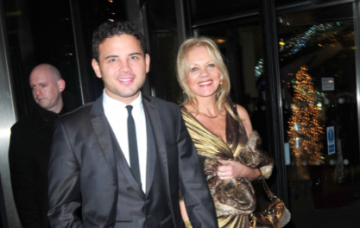 She's proud of him

Ryan Thomas’ mum Gail Waring has expressed her love for her son as he continues his stint in Celebrity Big Brother.

Former Coronation Street actor Ryan hasn’t had an easy time on the show after fellow housemate Roxanne Pallett accused him of ‘punching’ her during what appeared to be a play fight.

He was also removed from the CBB main house for a day and put into quarantine while battling illness.

Supporting her eldest son, Gail took to Instagram on Thursday to share a snap of herself and Ryan enjoying cocktails.

In the picture, Gail and Ryan smiled for the camera as he put his arm around his mum.

Gail captioned the pic: “My boy, love you so much.”

Fans rushed to comment on the post to show their support for Gail – who is also mum to Ryan’s twin brothers Adam and Scott – and Ryan.

One person commented: “You have such a lovely family and your boys are the most kind, caring, polite, funny gentlemen around!!”

Another wrote: “Proud mum and proud son,” while a third said: “Absolute gent you should be super proud!”

Gail’s picture came after Thursday night’s episode of CBB revealed Ryan had been taken to a spare room away from the main house on doctors’ advice after falling ill.

He’d complained of being “freezing cold” and having an aching body.

Thankfully, he’s now on the mend and will be seen returning to the main Big Brother house in Friday night’s episode.

Last week, Ryan found himself at the centre of drama after ex-Emmerdale star Roxanne, 35, claimed Ryan, 34,  punched her.

After she complained to Big Brother, Ryan, who apologised for his actions and insisted there was no malice, was given a formal warning – which caused mass outrage on social among his loved ones and his fans.

Roxanne then chose to quit Celebrity Big Brother on August 31.

Roxanne has since apologised to the actor, saying she “got it wrong” and “mistook what was playful”.

However, Ryan’s mum Gail has said she will never forgive Roxanne for what she did to her son.

During an appearance on This Morning this week, Gail said: “I don’t think I’ll ever forgive her. I just want Ryan to feel good in his own state of mind. That will help me forgive Roxy more.

“If, when he gets over it, he can be normal again. It’s how she apologises to him. I think he needs to have a personal apology.”

She also said it was a “relief” to hear Roxanne apologise publicly, but she feels Ryan still deserves a personal apology and to have his formal warning revoked.

Gail added: “He’s my baby and whatever age they are, when they’re in distress, your children, you want to reach out and give them a hug. That’s been the hardest part.”

What did you think of the incident between Ryan and Roxanne? Leave us a comment on our Facebook page @EntertainmentDailyFix and let us know what you think!