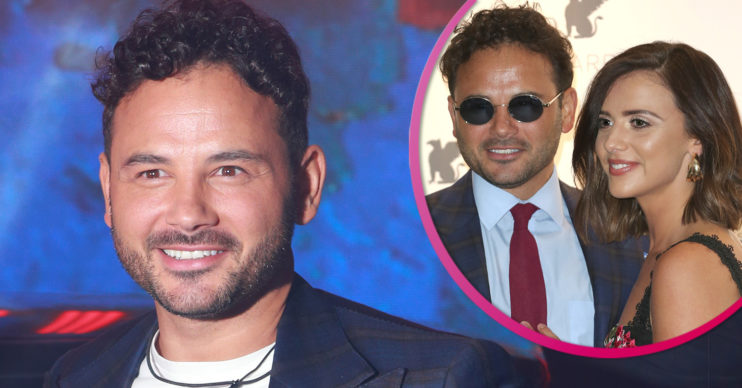 The former soap star has been busy in the gym

Ryan Thomas has lost a stone in just six weeks with the help of fiancée Lucy Mecklenburgh’s trainer.

The former Coronation Street star, 36, revealed he enlisted the help of personal trainer Cecilia Harris – and it’s certainly paid off!

He proudly gushed over his weight loss on Instagram today (August 18), telling followers: “I’ve impressed myself!”

In order to achieve his results, Ryan has been busy working out with Lucy’s business partner and pal Cecilia.

The celebrity personal trainer works alongside Lucy on her online fitness platform Results with Lucy.

I just got on the scales today and Cecilia has weighed me and I’ve lost a stone in six weeks.

And it appears Cecilia’s tip and tricks are having a profound effect on Ryan, too.

Addressing his 1.1million followers, he said: “So I just got on the scales today and Cecilia has weighed me and I’ve lost a stone in six weeks.”

Ryan then held up a funny-looking object, which he revealed was the equivalent to one pound of fat.

He added: “This here is a pound of fat and apparently I’ve lost 14 of these. I’ve impressed myself!”

Ryan often updates his followers on his brutal workout regimes.

Back in June, the actor enlisted the help of baby son Roman as he exercised in his garden.

He posted videos of himself incorporating his son into his exercises, as well a a picture of Roman lying on his back with a set of dumbbells nearby.

Ryan told his followers in the caption: “Swipe right for mine and Roman’s workout! Decided to go for the heavier weights.”

She says her weight loss is down to sensible eating, no fad diets and breastfeeding.

Lucy, 28, recently revealed: “A lot of people are asking me about my diet after Roman, but the answer is I’m not on one.

“I eat three balanced meals a day, lots of water when I breast feed and a few snacks e.g. oat cookies, hummus, rice cakes, half an avocado.

“No fads, no slimming pills, no laxatives teas/ coffees and absolutely NO MEAL REPLACEMENT SHAKES!!!”

Lucy was known for being quite the gym buff prior to her pregnancy.

However, she says she has only been doing light exercise since giving birth.

She went on: “I do lots of walking and light exercises & stretches on @resultswithbump. And I’ve lost 4 stone!”