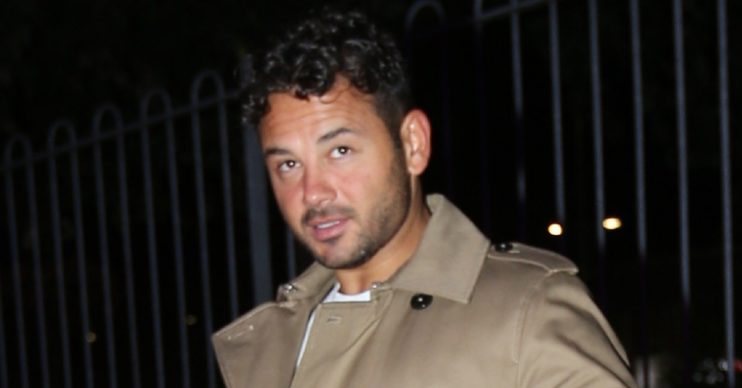 Ryan Thomas fans urged the actor and reality TV star to be careful not to end up covered in vomit as he used baby Roman as a weight during a home workout.

On Instagram earlier today (Wednesday, June 17), the former Coronation Street favourite, 36, posted videos of himself incorporating his son into his exercises.

A picture he shared showed Roman lying on his back with a set of dumbbells nearby.

What did Ryan do in his workout videos?

Ryan told his followers in the caption: “Swipe right for mine and Roman’s workout! Decided to go for the heavier weights.”

In the clips, Ryan carefully does exercises such as sit-ups and squats while holding Roman.

The tot looked perfectly happy and safe. But a number of Ryan’s followers told him he should be careful not to cause Roman to throw up all over him by “juggling” him around.

A number of fans recounted their own experiences of holding their babies up high – only to receive a dollop of sick straight in the mouth.

Others joked that the video would have been hilarious if Roman had spewed on Ryan.

One said: “Be careful he’s not sick on you hehe xx.”

Another wrote: “Good job he wasn’t sick on you.”

A third commented: “I was waiting for him to be sick on you.”

Be careful he’s not sick on you.

Someone else said: “I’m glad he wasn’t sick on you.”

“Surprised he’s not covering you in sick the way you juggling him about @ryanthomas84,” laughed a fifth, adding: “Chilled Baba though.”

“So cute,” said another. “I was dying for him to be sick in your mouth though.”

“Lol I use to do this with my daughter,” one fan recalled, adding: “Until she puked in my face and open mouth!”

The actor, who recently starred alongside his brothers in reality series Absolutely India: Mancs in Mumbai, also has an 11-year-old daughter, Scarlett, from his relationship with soap actress Tina O’Brien.

What do you think of Ryan’s home workout? Leave us a comment on our Facebook page @EntertainmentDailyFix and let us know.