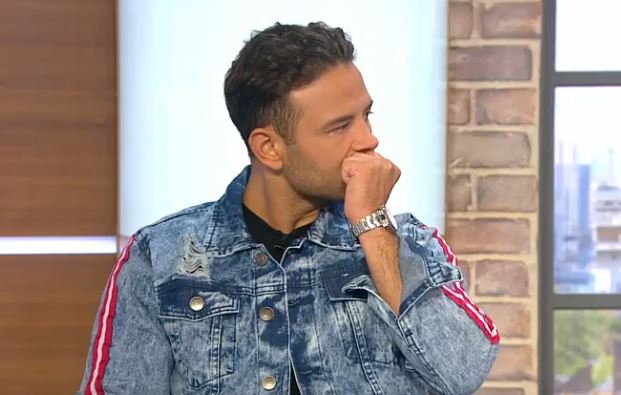 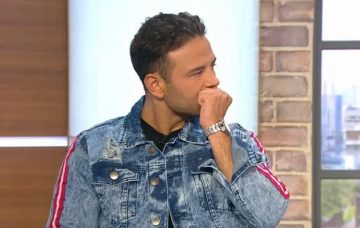 He hadn't seen the distressing clip before

Ryan Thomas appeared on the verge of tears during a TV interview on Wednesday as he was shown footage from the Roxanne Pallet ‘punch’ allegation aftermath.

The former Coronation Street star, 34, was visibly choked up and struggled to speak for a few seconds on Channel 5’s Jeremy Vine after watching film of himself breaking down in the diary room.

It showed him visibly distressed and in tears after learning Roxanne had accused him of punching her during a play fight.

She later apologised for the accusation and admitted she’d got it “massively wrong.”

After the footage played, the camera panned back to Ryan in the studio; he was silent for several seconds and cleared his throat on multiple occasions as he tried to speak.

He finally said: “I’ve not seen any of that back. I haven’t seen anything. It’s strange.”

Ryan was asked whether he genuinely expected police to be waiting for him after the accusation.

He replied: “At the time it was all going on it was something that crossed my mind. You’re cocooned in there, you don’t really know what’s happening.”

He continued: “It caught us all by surprise, especially myself. That house, when something like that happens, can become very isolated. I know it did for me, personally. But as it unravelled it was just nice to have your fellow housemates support you. That’s how it felt.

“You don’t have any idea what’s going on when you’re in there. You just want your friends and your loved ones with you when something like that happens.”

Ryan said viewers don’t understand what it’s like being in the Big Brother house, calling it “tedious” as there is no sense of time.

“It’s tedious, there’s no element of time, the boredom, everything is heightened in there,” he said.

“Situations are heightened. Evictions and nominations become a horrible thing because you end up having to bitch behind people’s backs and I hate that.

“I know it has to happen, we know what we’re doing when we do that show.”

Ryan Thomas is visibly choked and lost for words after seeing footage of himself upset inside the Big Brother house for the first time – but tells us he "appreciates" Roxanne's apology and thinks she's "suffering enough".@ryanjamesthomas | @thejeremyvine | #jeremyvine pic.twitter.com/SvP678gwuE

He said he appreciated Roxanne saying sorry but didn’t want to dwell on the accusation as he’d rather look forwards to a positive future.

“Listen, I think that Roxanne has been through a lot,” he said. “Big Brother makes headlines and sometimes for the wrong reasons, and I appreciate Roxanne’s apology.

“I think it’s time we move on and look forward and not dwell on the past. Because I think she’s suffering enough, and I don’t want to be a part of that.”

He told Emma Willis in his exit interview that he’ll forgive Roxanne if it’s what she needs to feel better.