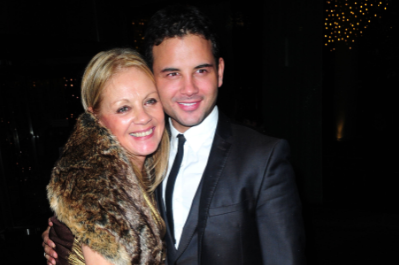 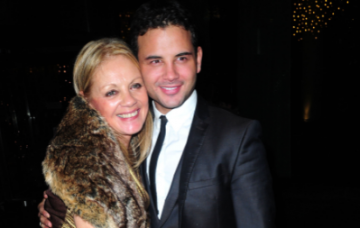 His mum has been "in bits" over the ordeal

Ryan Thomas’ fans have sent messages of support to his mum after she was left “in bits” when Roxanne Pallett accused him of ‘punching’ her in the Celebrity Big Brother house.

Former Emmerdale actress Roxanne, 35, accused Ryan, 34, of hurting her in what appeared to be a play fight and he was given a formal warning from Big Brother, despite apologising and insisting there was no malice or anger intended.

Ryan’s younger brother Adam took to Twitter at the weekend to tell fans the ordeal has left the family “in bits,” especially their mum Gail.

He wrote: “Sad thing is this is entertainment to some people I’ve just had my mum in bits crying about her little boy that’s the sad truth!

“This industry is [expletive] up sometimes never thought they would be using my brother like this for [expletive] ratings!”

Fans have now taken to Twitter to send their love and support to Ryan’s mum.

One person replied to Adam’s tweet, saying: “Your poor mum. Can’t believe how they put ratings before the health and wellbeing of their contestants. #ryanthomas to win.”

Another tweeted: “Who is Ryan Thomas’ mum! What an amazing boy you raised. Hold your head very high!!! True gentleman.”

A third added: “I get that BUT what an amazing young man @ryanjamesthomas has shown himself to be!

“Tell your Mum to be proud and he’s going to come out of this so well, despite the heartache.”

Another said Ryan’s mum “should be the proudest parent” for the way Ryan has handled the situation.

After Roxanne complained to Big Brother about Ryan’s actions, the actor apologised and said there was no malice or anger in his actions. He was then given a formal warning by Big Brother.

At the weekend, Ryan’s younger brother Scott express how “heartbreaking” it’s been to watch Ryan go through all the drama in the house.

He said: “That was heartbreaking to watch tonight but I’m so glad the nation is getting to see my big brother for the special human being he is. Handled the situation like a true champion.

“I just hope he can get back to being him now and shine like the star he is! Love you bro.” 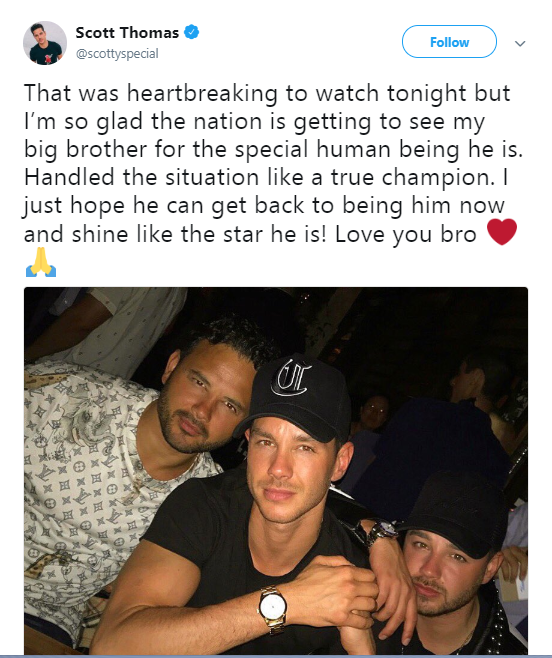 Meanwhile, Ryan’s girlfriend Lucy Mecklenburgh appeared on BBC’s The Victoria Derbyshire Show on Monday morning to talk about the impact of Roxanne’s allegation on Ryan’s loved ones.

“It’s been hard mainly because we all know the truth that nothing happened, but for him to go through and thinking everyone on the outside may think he’s a woman beater.”

She added: “His mum and brothers, who he is extremely close to, are in bits. It’s been a tough few days.”

Around the same time as Lucy’s interview, Roxanne appeared on Channel 5’s Jeremy Vine show to issue an apology to Ryan.

She said: “I massively apologise to not just Ryan, but his family, his friends, his fans and every single person that watched that and completely and justifiably saw an overreaction to what wasn’t a malicious act.

However, her apology didn’t go down well with Adam who tweeted shortly after her appearance: “Jeremy vine to (sic) scared to speak up too pc pathetic interview!!

“To everyone that knows her and knows the real her and the lies and the stories she has spun for several years it is so frustrating to watch … good scene tho Rox annnddd cut!! (sic).”