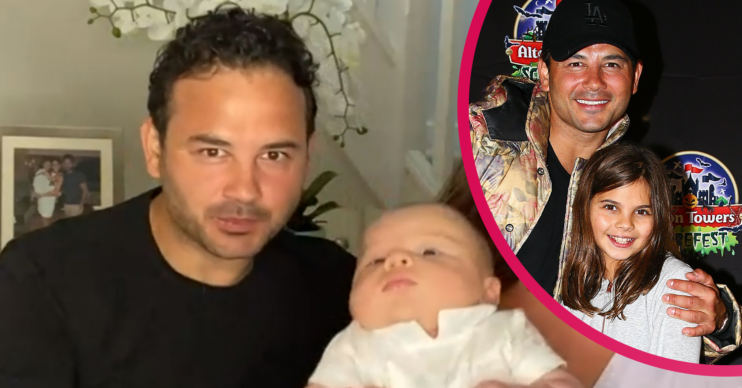 The ex Corrie star is a doting dad to two kids

Actor Ryan Thomas has melted the hearts of fans as he captured daughter Scarlett sweetly singing to baby son Roman.

The youngster concluded the sweet moment by tenderly kissing her little brother.

Alongside the clip, Ryan wrote: “Roman getting a proper bath time tonight.”

He recently vowed to never leave his children like his dad left him and his brothers, former Emmerdale star Adam and ex Love Islander Scott, when they were younger.

Last week, partner Lucy voiced her frustration after discovering their son Roman had tongue-tie and a dairy intolerance.

The star said she found out her little boy, who was born in March, also has a cows milk protein intolerance.

She explained that Roman was eight weeks old when she was told he had a cows milk intolerance, saying: “So that means I can’t have any dairy products, so anything with cows milk in… and I can’t have soy either.”

In another lengthy post, Lucy explained about her son’s tongue-tie.

She wrote: “People asking how I knew Roman had something wrong with him.

“He had all the reflux and colic symptoms,” before listing all the symptoms Roman had.

Got to that point in the day I hadn’t had one picture with both my kids on Father’s Day & the reality of it they weren’t happy about it! But its daddy day once’s a year & I was happy that’s all that maters ☺️❤️

She continued: “The list could go on!! Roman was gaining weight and seemed to breast feed okay as he always latched well with no pain for me. So tongue-tie was disregarded.”

Lucy was told to give her son gaviscon, however, she “threw it in the bin”.

She added: “I used my mother’s instinct to seek help from a feeding consultant who led me to a tongue-tie specialist then an allergy doctor.

“I knew something was wrong with my baby! And I was RIGHT! It infuriates me it took 8-9 weeks of him in pain to get answers. Why isn’t tongue-tie checked before you leave hospital! I was in for five days! Why would no-one check? Or why is no-one qualified to check?”