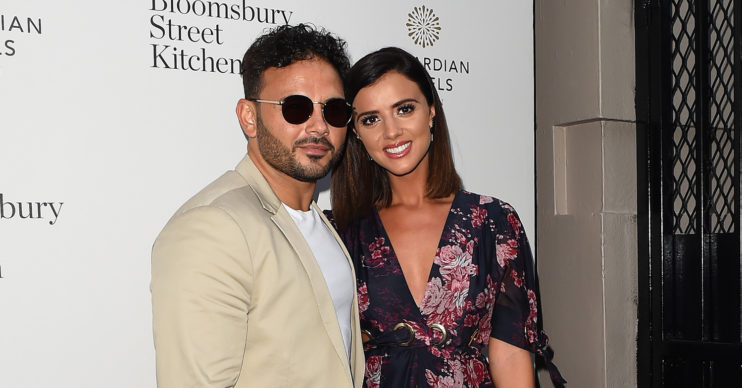 The Absolutely India: Mancs in Mumbai star, 36, stunned Lucy, 28, with the generous gift.

Lucy took to her social media to show off her bling new car.

The mum-of-one, who shares baby Roman with Ryan, shared her amazement at the present on Instagram.

Taking to her Instagram stories, she showed off a video of her sparkling new vehicle.

In view of her 1.7 million followers, she wrote: “When @ryanthomas84 surprises you with this. Obsessed with the colour!!!!

“Never driven a big car in my life, but with a baby I really need more room for pram etc… wish me luck.”

A typical Range Rover of this specification price point starts at around £84,000.

Ryan is a known fan of plush cars, and already owns a Rolls Royce.

Over on Ryan’s Instagram he reshared the video to his one million followers and revealed the car had been given a custom colour wrap.

Despite Ryan leaving Coronation Street back in 2016, he has gone on to enjoy stints on Aussie soap Neighbours and won 2018’s Celebrity Big Brother.

Here, along with his brothers Adam and Scott, who are twins, they traced their family roots in India.

The show was a hit with viewers, and according to a second series is reportedly already on the cards.

Apparently the brothers will next investigate their family connections in South America and the Caribbean.

A source told The Sun: “ITV were delighted with the success of the first series so are now planning another once lockdown is eased.

“The idea is to send the lads around South America, taking in the Caribbean, after it was revealed in the first part that they have family ties there.

“ITV think the lads could be the new Judith Chalmers because audiences have fallen in love with their cheeky banter, natural style and infectious personalities.”

As for new mum Lucy, she has been regularly sharing updates on motherhood.

She even shared that she was finding parenting difficult during lockdown.

Lucy wrote: “I adore my son, every time I look at him I can’t believe I made this perfect baby boy and when he smiles and laughs my heart bursts with love.

What do you think of Ryan’s gift to Lucy? Share your thoughts with us on @EntertainmentDailyFix.