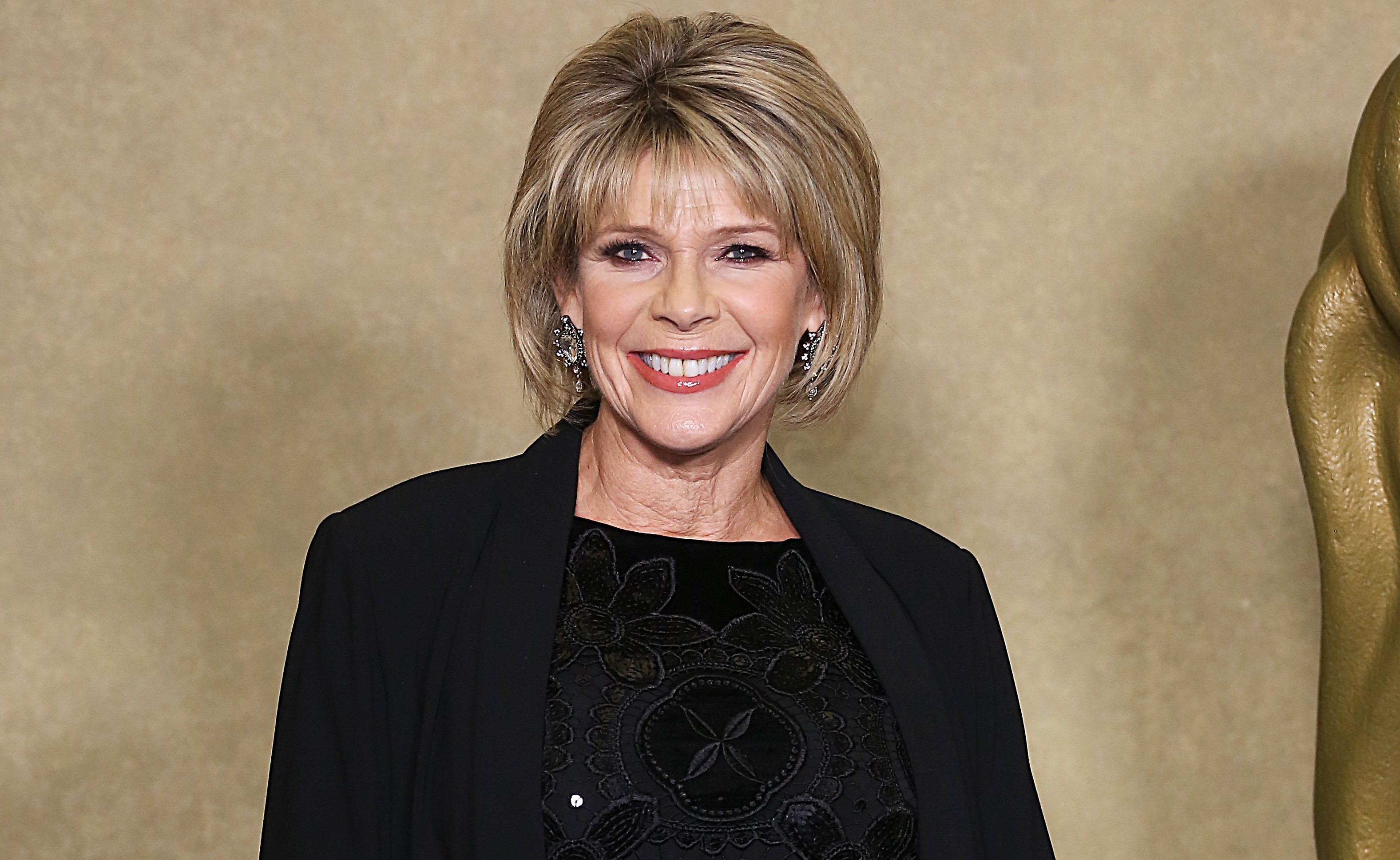 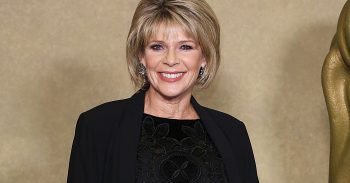 She insisted she isn't working with the brand

The This Morning presenter, 59, has hit back after fans asked whether she was working with a diet pill brand after her name was associated with the company.

Ruth told fans on Monday that she’s “been aware” the company is using her name, however, insisted it’s just a “scam”.

I would like to make it clear that if you see my name associated with any kind of diet pill, it is without my permission. I’ve been made aware a company is using my name to sell Keto diet pills, it’s a scam. I’m NOT giving up my tv career to concentrate on selling diet pills.

She wrote on Twitter: “I would like to make it clear that if you see my name associated with any kind of diet pill, it is without my permission.

“I’ve been made aware a company is using my name to sell Keto diet pills, it’s a scam. I’m NOT giving up my TV career to concentrate on selling diet pills.”

Fans were quick to reply, with one person writing: “Thought it was a scam, thank goodness for that.”

Another said: “Wow! Terrible what some people will stoop to isn’t it!”

A third added: “How scary, hope they get stopped.”

Earlier this month, Ruth responded to fans asking whether she was promoting the pills.

She told one fan: “Other people have mentioned it to me but it appears to have been taken down now.

“If anyone sees this associated with my name it is ABSOLUTELY NOT TRUE… they are using my name without permission.” 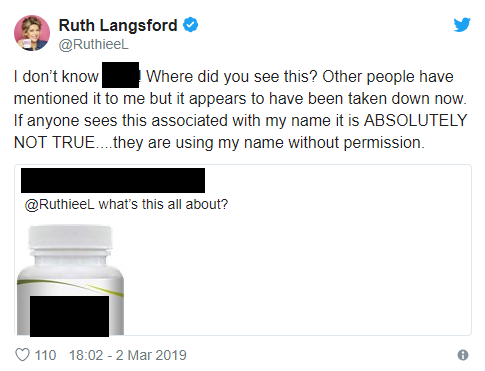 Replying to another fan who revealed she had bought the product, Ruth replied: “I’m so sorry… honestly nothing to do with me. Where did you see the advert? I can’t find it anywhere.”

Ruth is known for her presenting roles on This Morning and Loose Women.

During This Morning last week, Ruth and her husband Eamonn Holmes were branded “unprofessional” after bickering on air.

Also during the episode, the couple clashed over their son Jack, 17.

They were reminiscing about Jack being given the opportunity to be a mascot for Manchester United when he was younger.

But things went wrong after Jack refused to leave the tunnel and began crying.

Ruth said: “I knew he wouldn’t do it because you pushed him into it,” as he was only six.

However, Eamonn insisted that he had been seven and that Jack had inherited his “irrational fear” from Ruth.

Ruth hit back: “You were living vicariously through your son,” to which Eamonn joked: “He’ll just have to live with the failure.”