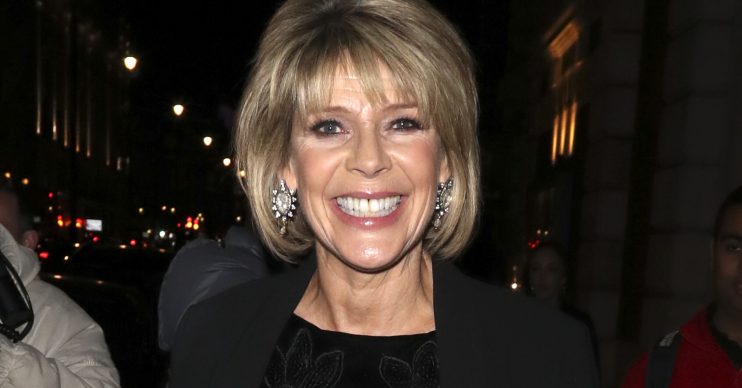 Presenter Ruth Langsford was mysteriously absent from the latest episode of This Morning.

Bosses drafted in The Saturdays singer Rochelle Humes to co-host the programme today (22.08.19) alongside Eamonn Holmes.

At the beginning of the episode, they joked that Ruth looked “well” and Rochelle revealed that the presenter had instructed her to “look after” her husband.

Rochelle agreed and said: “I’ve been told to look after you…”

He asked, “By who?” and she replied, “Your wife. She left me a nice note in my dressing room that said, ‘Don’t have too much fun with my husband’.”

But they didn’t explain why Ruth was away.

Baffled viewers took to Twitter, with one writing simply, “Where’s Ruth? #ThisMorning” and another poking fun at Eamonn’s joke, tweeting, “What do you mean it’s NOT Ruth? How did I not notice?”

Someone else who thought Eamonn looked like he might be missing his wife tweeted: “Eamonn on @ITV #thismorning seems like he’s hungover or missing Ruth. Guy needs to cheer up.”

Last week, Ruth had to walk off the set during a phone-in as she was overcome with emotion following the death of her sister.

A female caller was describing symptoms that had been similar to Ruth’s late sister Julia’s, asking how she can cope with her society anxiety and depression.

When the camera cut back to Eamonn, Ruth was gone and he explained to viewers: “This is featured in Ruth’s life. She’s upset now and has had to leave the studio because of her sister, who was a chronic depressive.

My lovely Sis Julia has sadly died after a very long illness. My heart is completely broken. She was the kindest and most gentle soul and I will miss her forever. As I am sure you will appreciate I need to take time to grieve with my family. Thank you for your understanding. pic.twitter.com/o6jMtIqMg4

“No matter what kind of help and medication was there, it didn’t really make much difference.”

Julia passed away in June following a “very long illness”.

Ruth initially told her fans that she needs to “take time to grieve with my family” and took time off social media for several weeks before breaking her silence with a sweet message for new parents Gemma Atkinson and Strictly pro Gorka Marquez.