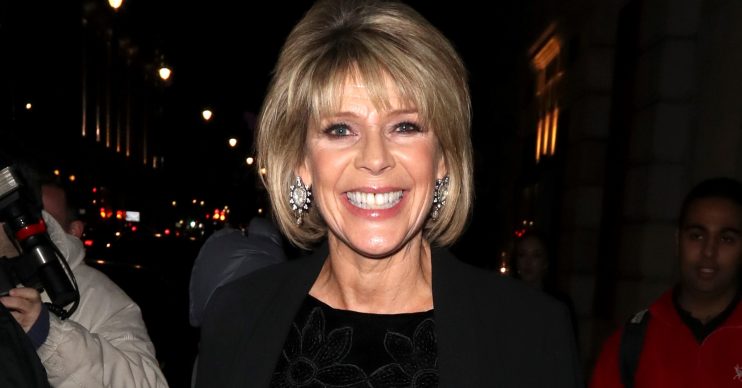 Her husband Eamonn Holmes said she was left "shaken"

Ruth Langsford has revealed nasty knee injuries she suffered after falling over at the Epsom Derby.

The This Morning presenter, who attended the event with her husband Eamonn Holmes, took to Instagram on Saturday to share a photo of her knees, which were bruised and cut.

Ruth told fans that she fell over on her way out of the event but insisted she wasn’t drunk!

So….wonderful day at the Derby @epsomdownsracecourse until I fell over on my way out! Ouch! Before you ask…I WASN’T drunk!! #fallingover #embarrassing

She wrote: “So….wonderful day at the Derby @epsomdownsracecourse until I fell over on my way out! Ouch!

Fans were quick to express concern and send Ruth their well-wishes.

One person said: “Oh NO!! My goodness that looks so painful. Think you need lots of bubbly to help recover from the shock.”

Another wrote: “Oh dear Ruth. I really hope you’re okay… no lasting damage. Sending lots of love and hugs. Look after yourself.”

Ruth’s celebrity pals were also quick to make sure she was okay.

Eamonn also shared the picture of Ruth’s injured knees as he told his fans about her fall.

Well that was a fun day and a great catch up with so many friends. #TheDerby @epsomdownsracecourse @thejockeyclub

He said: “Even though there were no fences at @epsomdownsracecourse today… my poor @ruthlangsford fell at the last one, ironically while thanking the police and paramedics who kept everyone safe.

“She’s a bit shaken and stirred but fine.”

Have you ever fallen over in public? Leave us a comment on our Facebook page @EntertainmentDailyFix and let us know what you think!