TV's Ruth Langsford has revealed that this Christmas will be a time for grieving after her sister Julia passed away earlier this year.

The This Morning and Loose Women favourite, 59, said that she's sure she and her family will 'cry' during the festive period, but they're also determined to be happy.

Subsequently, an inquest ruled that Julia, 62, had taken her own life after a 'battle with depression'.

Ruth will grieve for the rest of her life.

Speaking to OK! magazine, Ruth's husband, Eamonn Holmes, said: "Ruth will grieve for the rest of her life. This will be her every Christmas, birthday, every day she wakes up and thinks of her lovely sister."

Ruth went onto admit that, "the grief comes in waves" and is expecting a tough time this Christmas.

"It’s going to be a very challenge time for me and my mum, who’ll be with us," she said.

"I could cancel Christmas, but my sister loved it so I’m having turkey and we’ll put Christmas carols on. I’m sure we’ll cry but we’ll also be happy." 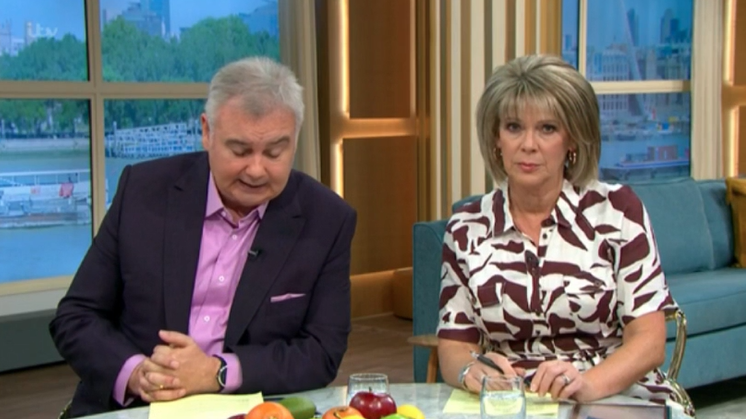 Back in August, This Morning viewers leant their support to Ruth when she had to leave the studio during a phone-in about anxiety and depression.

Eamonn explained to viewers: "This is featured in Ruth's life, she's upset now and has had to leave the studio because of her sister, who was a chronic depressive.

"No matter what kind of help and medication was there, it didn't really make much difference."

Earlier, Eamonn had paid tribute to his late sister-in-law on him and Ruth's wedding anniversary.