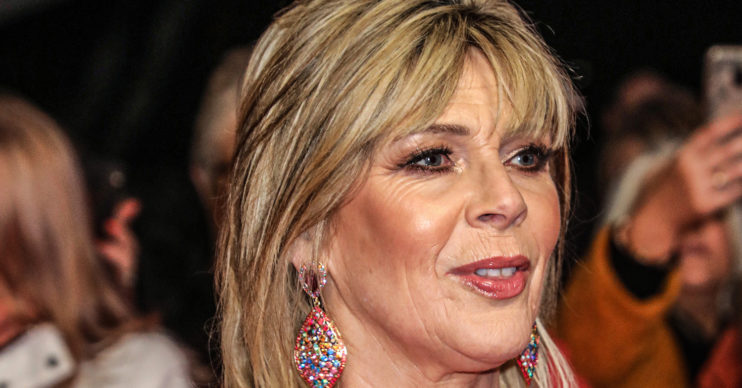 Ruth Langsford updated her fans with a big fitness breakthrough.

Television presenter Ruth Langsford has been praised by her celebrity friends and fans alike.

The This Morning star, 60, showed off an impressive fitness milestone online.

Ruth, shared that she has reached an incredible 10,000 steps on her pedometer FitBit watch.

Sharing to her some 882,000 Instagram followers, she wrote: “Managed to capture the vibration! Good feeling! #10000steps.”

The post comes just hours after she posted a video of her latest skipping workout.

Trisha Goddard complimented Ruth’s achievement with: “Wow…I thought that was how many skips you had done at first! Had to have a lie down…”

A further user commented: “Definitely gives you a spring in your step when you know you’ve hit the goal xx.”

Ruth has been very open about her weight gain and loss over the years.

Last year she spoke about her battle to drop the pounds after giving birth to her son Jack 18 years ago.

She told the Loose Women panel that a home video her husband Eamonn Holmes took inspired her to lose weight.

She reassured the audience that the footage was innocent but surprising: “It’s not what you think!”

The mum-of-one explained: “I put on a lot of weight when I was pregnant with Jack.”

But she didn’t recognise herself in the video and instead questioned who it was.

Ruth explained: “Why is he filming that enormous woman? Dragging a sun lounger behind her with a very large bottom.

“That was my moment, I was straight onto that ‘get rid of this baby weight’.”

In other interviews she has also opened up about experiencing weight gain during menopause.

Two years ago a viewer on This Morning, Jessica, said she found it difficult to lose weight during menopause.

“I try not to let it ruin my life but at least you’re doing those things and you’re going to boot camp. You’re trying your best.

“As long as you’re enjoying your life and living your life it’s not all about your weight. Jessica, enjoy your life, I’m sure you look great.”

What do you think of Ruth’s fitness achievement? Share your thoughts with us on our Facebook page @EntertainmentDailyFix.