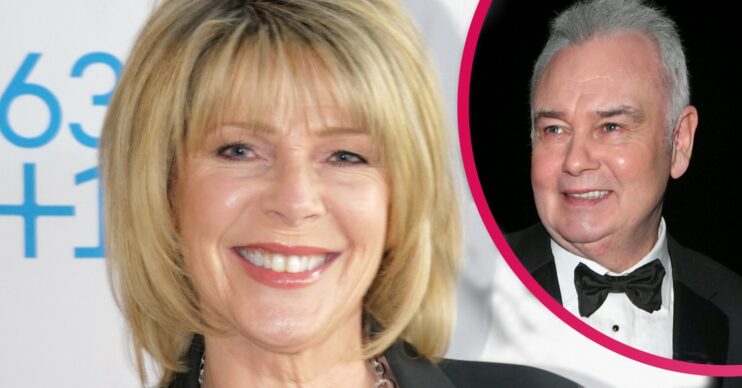 This Morning pair tied the knot 11 years ago

This Morning presenter Ruth, 61, seemed in a romantic mood as she posted the gushing sentiment on her feed.

The message was accompanied by a lovely photo of her and fellow presenter Eamonn, also 61, having a smoochy dance on their wedding day.

And fans of the star were soon showering the loved-up pair with messages of goodwill.

Ruth posted her message on Saturday morning, uploading a photo of the couple’s big day 11 years ago.

In the shot, she is seen wearing a white wedding dress, with hubby Eamonn – suited and booted – on her arm.

Her message said: “Still holding on tight to each other after 25 years… 11 of them married today! Happy Anniversary my darling @eamonnholmes.”

Within half an hour, the post had received more than 14,000 likes, and her followers wasted no time in sending their congratulations.

Read more: This Morning: Eamonn Holmes and Ruth Langsford to return for summer

One fan wrote: “Happy Anniversary to such a loved-up couple.”

Where and when did they get married?

And a third commented on how great Ruth looked in her dress, writing: “Lush pic. Your figure…”

There was even a comment from Candice Brown, who won The Great British Bake-Off in 2016.

Ruth and Eamonn tied the knot on 26 June 2010 at the plush Elvetham Hotel in Hampshire.

Among their guests that day were fellow TV stars Gloria Hunniford, Jeremy Kyle and Zoe Lucker.

The popular couple are due to return to This Morning for seven weeks, starting in July.

They previously presented on Fridays but Dermot O’Leary and Alison Hammond replaced them in January.