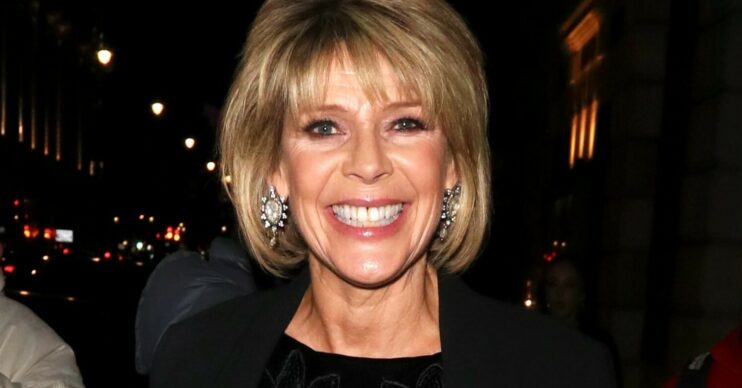 The ITV star's body is changing

Ruth Langsford has confessed that her boobs have gotten bigger.

The Loose Women star has revealed that going through the menopause has had a surprising impact on her body.

Ruth, 61, says that she hasn’t ever felt particularly confident about her body.

However, going through the change brought with it some surprising changes that she says she has been at peace with.

Ruth Langsford opens up about her body changing

Speaking to Woman Magazine, Ruth said: “If I’m honest, I don’t think I’ve ever been body confident. The menopause has changed my shape; my boobs are bigger, I’m generally just bigger, but it hasn’t ruined my life.

“There’s a certain amount of acceptance for me and if you have that, you don’t battle with it.”

Ruth also went on to defend her husband Eamonn Holmes’ sense of humour when it comes to her appearance.

Eamonn has previously poked fun at Ruth’s physique while the pair were on TV together.

In 2017, he received backlash from some fans after he poked fun at Ruth signing up to be on Strictly Come Dancing.

Speaking on Good Morning Britain at the time, he teased: “She’s going to be the only dancer in history who’s going to require two males to swing her up.”

But Ruth says people need to take him less seriously.

She said: “He would never do that if I didn’t know he was joking, that would be horrendous. He’s always told me that I’m gorgeous and beautiful. He’ll say, ‘You look great in those jeans.'”

However, it turns out it’s just because both Ruth and Eamonn‘s parents are elderly.

“Being apart for Christmas has never been a problem,” Ruth told Woman & Home. “I wouldn’t be going to Belfast this year, because I need to be with my mum. It’s about family for me.”